To Kill a Warlock by H.P. Mallory : Book Review 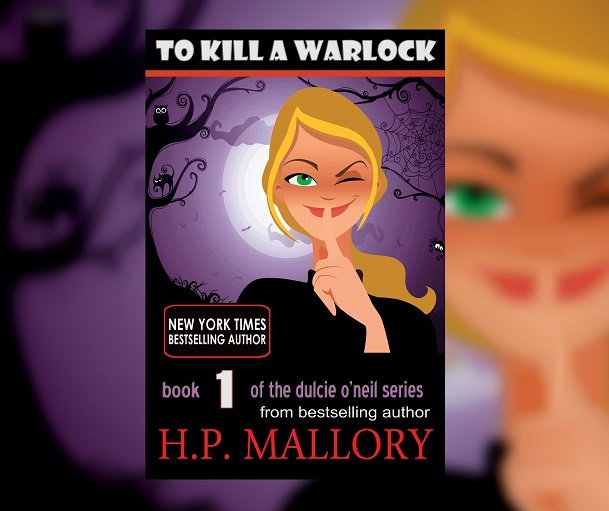 The murder of a dark arts warlock. A shape-shifting, ravenous creature on the loose. A devilishly handsome stranger sent to investigate. Sometimes working law enforcement for the Netherworld is a real bitch.

Dulcie O’Neil is a fairy. And not the type to frolic in gardens. She’s a Regulator—a law-enforcement agent who monitors the creatures of the Netherworld to keep them from wreaking havoc in the mortal world. When a warlock is murdered and Dulcie was the last person to see him alive, she must uncover the truth before she’s either deported back to the Netherworld, or she becomes the next victim.

Enter Knight Vander, a sinfully attractive investigator sent from the Netherworld to work the case with Dulcie. Between battling her attraction to her self-appointed partner, keeping a sadomasochistic demon in check, and fending off the advances of a sexy and powerful vampire, Dulcie’s got her hands full. As the body count increases, Dulcie finds herself battling dark magic, reconnoitering in S&M clubs and suffering the greatest of all betrayals.

I had come across H.P. Mallory’s other series, “Jolie Wilkins”, whose main character is a witch, about eight months ago and ordered it for the library where I work. I started reading the first book in the series, “Fire Burn and Cauldron Bubble”, but I just couldn’t get into it.

So when I came across Mallory’s, “Dulcie O’Neil series”, I was a bit apprehensive, but I thought I would give it a chance. I am pleased that I did.The cover art has a cutesy tone to it, and with the main character being a fairy named Dulcie, you might think this book would be super sweet, but that was not the case. In fact, the S&M club scenes have a bit of a bite to them.

I really enjoy books where the female lead has some snark to her, and Dulcie definitely did. She uses it expertly to keep the over inflated ego of the investigator she is working with, Knight Vander, in check during his multiple attempts at seducing her.

That name though, Knight Vander, kept making me pause. It made me think of a character crossed between Darth Vader and a Jedi Knight, and I’m more of a Star Trek girl than Star Wars. But the book was good, so I can let it slide.

This story also had a nice mix of humor along  with the murders and betrayals that take place. In the opening scene Dulcie is turned into a slime monster, which is pretty amusing. And then shortly afterward she comes across a gruesome murder scene.

And of course, I have to talk about the romance. There’s the main attraction between Dulcie and Knight. Then you have her boss, Quillan, whom Dulcie is basing the main character of her pirate bodice ripper book on. (It amused me that Dulcie is writing a book in this book!)

There’s the vampire who Dulcie uses for information, as much as the vampire would like to use Dulcie. And you also have a demon at the S&M club who wants to get with Dulcie, but probably not in any way she would want.

There have been book series that I have stopped reading (“Hannah Swensen” series by Joanne Fluke) completely because I could not handle the love triangle any longer. And other series (“Stephanie Plum” by Janet Evanovich) that I am really close to stopping for the same reason. But this giant love square didn’t bother me. It could be that there were so many romantic interests, and because I just started this series, but I really did enjoy all the interaction between Dulcie and these male characters.

With summer quickly approaching I think this would be a great book to put on your device and take to the beach for a fun, fast read. There are six other novels and a short story in the Dulcie O’Neil series, with the seventh to be released this summer. I’m looking forward to reading book two in this series, “A Tale of Two Goblins”. And the library nerd in me loves that all the titles for this series are a play off of other book titles.