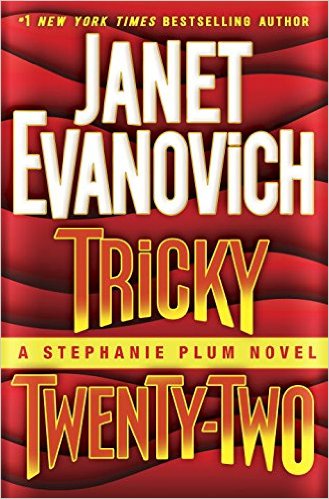 Stephanie Plum might not be the world’s greatest bounty hunter, but she knows when she’s being played. Ken Globovic (aka Gobbles), hailed as the Supreme Exalted Zookeeper of the animal house known as Zeta fraternity, has been arrested for beating up the dean of students at Kiltman College. Gobbles has missed his court date and gone into hiding. People have seen him on campus, but no one will talk. Things just aren’t adding up, and Stephanie can’t shake the feeling that something funny is going on at the college—and it’s not just Zeta fraternity pranks.

As much as people love Gobbles, they hate Doug Linken. When Linken is gunned down in his backyard it’s good riddance, and the list of possible murder suspects is long. The only people who care about finding Linken’s killer are Trenton cop Joe Morelli, who has been assigned the case, security expert Ranger, who was hired to protect Linken, and Stephanie, who has her eye on a cash prize and hopefully has some tricks up her sleeve.

For the past six books or so, I have been contemplating no longer reading this series. I was tired of the love triangle between Stephanie, Morelli and Ranger. The books were just not as funny as they had once been. The new characters were not as crazy as previously, but then again, how can you ever beat exploding stuffed squirrels?

The only reason I continued to read them was because I was holding out hope that Janet Evanovich would begin to write the stories I had come to enjoy so much. Although this book is still not completely up to par, it actually made me laugh out loud a few times.

These books do not need to be read in order. Evanovich sums up the basics at the beginning of each new book. But if you haven’t read any Stephanie Plum books before (What?!? Have you been living in a cave??), then I would start at the beginning so you can see why so many people love these books.

The love triangle seems to be coming to a close, which I am so happy about. Grandma and Lula are as entertaining as ever. I also enjoyed that Vinnie, and Stephanie’s mom got more face time in this book. To actually see her mom in an environment outside of the kitchen was a wonderful change.

To me it felt like Evanovich is beginning to put more effort back into the stories, instead of just cranking out another one, knowing the money will follow. I am looking forward to the next book, and hope she can continue this good momentum.