The Mark of the Shadow Grove by Ross Smeltzer : Book Review and Blog Tour 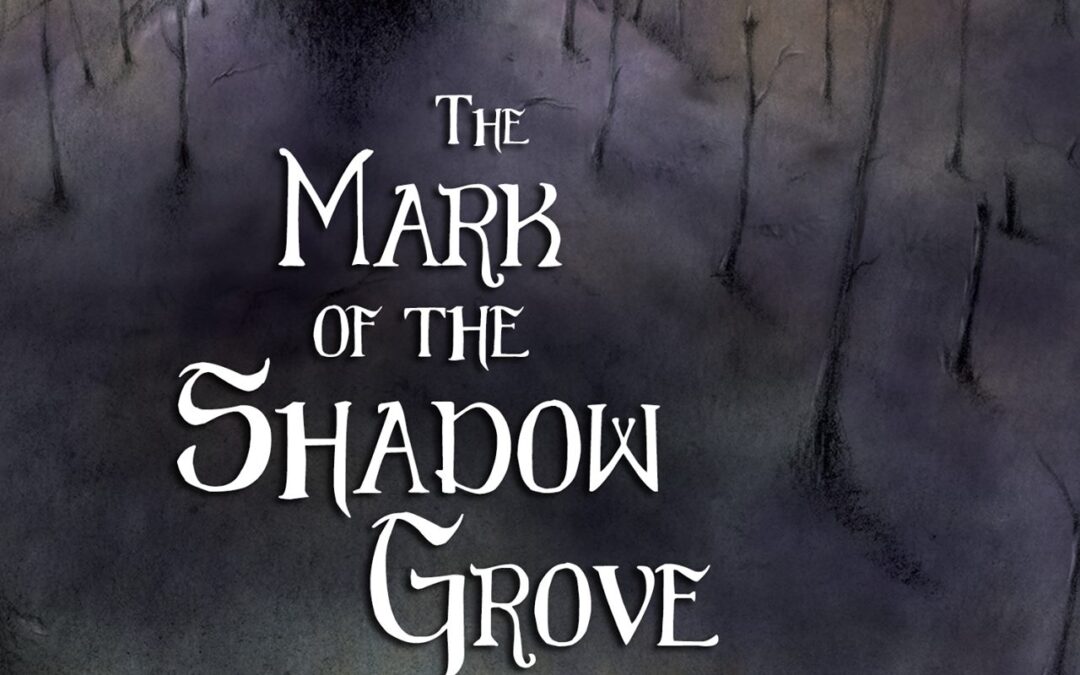 Daughters of the gathering dusk and students of blackest spellcraft, the women of the Schermerhorn clan are enigmas made flesh. Seers for time immemorial, they are keepers of primeval knowledge.

They are wise in the ways of the Old Religion. And they are destroyers of men.

Do the women of the Schermerhorn clan drive the men they encounter to their destruction? Or are their actions governed by specters on the periphery of human consciousness?

The Schermerhorn women will soon learn what dwells in the oldest books and what lurks in the flickering shadows beyond the candlelight.

I have not read such a wonderful book in a long, long time. My rating only goes up to five stars, but I want to give this book even more. I just want you to stop reading this review, go purchase the book, and start reading it!

There are very few books I have reread (Like Water for Chocolate by Laura Esquivel and various Christopher Pike books (in high school)), but I want to reread this one. I feel as if there are many layers to it, that I have not even begun to explore.

The book is split into three sections, starting in the early 1800’s and moving to the early 1900’s. In the first part, we meet Ebenezer Carver and his apprentice Tom. Carver is looking for a way to reanimate dead flesh, and eventually he and Tom find themselves in a small village, and in the company of the Witch of Kinderhook.

The section starts with entries from Carver’s diary, and slowly builds up the tension with strange occurrences and dreams. Tom then takes over and tells us the tale of how they ended up there in the place.

This part is written in a wonderful gothic voice. If the TV shows Salem and Penny Dreadful ever need another writer, I think Ross Smeltzer would be a perfect choice.

The imagery is beautiful and kept me reading, not wanting to skip a single word. And for me that is high praise. A lot of times when a book is super descriptive, I find myself skimming.

The second part happens in the late 1800’s at Pittsfield College, where the antagonist, Alice Schermerhorn, stumbles into Professor Hildersham’s lecture on comparative folklore. The college had recently started accepting female students, so Alice has to work twice as hard to be half as good as her male counterpoints. Alice is so entranced by the lecture and Prof. Hildersham, that she vows to meet him.

We then jump forward a bit and find out that the professor is in an insane asylum. There is no cure for the professor and whatever horrors he had seen that destroyed his mind. Alice feels guilty, and that the research she did for the professor ended him up in the asylum. So for a way to absolve some of her guilt she begins to write down the tale of what had happened.

“Above all: I must talk, and take you to a place where reason in negated and wonder takes hold.”

You can really see Smeltzer’s love of folklore and arcane history in this section. Professor Hildersham goes on tangents that are mini lectures. And we also see various ancient histories while Alice does her research.

This part had me wanting to keep stopping, so I could research the various ages, countries and peoples that were mentioned.

The third part has a more trippy feel to it. It begins with James having a dream about being visited by the mother of vipers. He’s had this dream many times, but finally realizes it’s not a dream, but a prophecy.

About 100 years have passed since the first part, and we’re now in 1923. James is a reporter, and has recently wrote an article on a very rich man, and art lover, who has recently disappeared without a trace. After talking with his editor, he starts to follow the trail to see if he can find out what happened.

James visits Mrs. Vaughn, the man’s wife, and she gives him her husband’s journal. It is the ramblings of a madman, but it leads him to Virginia Schiaparelli, who was most likely the last person to see him. James has also been seeing a Dr. Holzmann to help him with his troubled dreams. The more he visits Virginia, the more strange his dreams become.

This section as a lot of Roman and Greek Mythology in it, with works perfectly with Virginia’s artwork, and the books tie back to the second section of this story.

I tried to lay the book out as quickly as possible, without giving anything away. It’s a shame that I can’t give any spoilers, because it would make the very brief synopsis, much richer in regards to the story.

All three sections are perfectly tied together. I think anyone who enjoys learning about witchcraft or the darker arts will really enjoy this story. It is just so wonderfully dark, and beautifully descriptive. And even though this is a relatively short book, it felt like a fully completely story.

Please check out the other contributors on this tour: