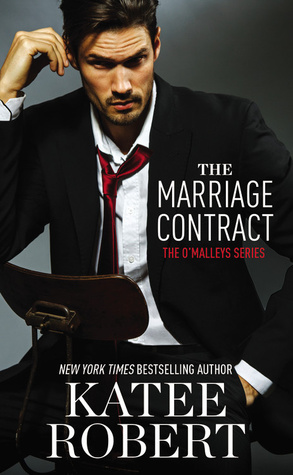 Teague O’Malley hates pretty much everything associated with his family’s name. And when his father orders him to marry Callista Sheridan to create a “business” alliance, Teague’s ready to tell his dad exactly where he can stuff his millions. But then Teague actually meets his new fiancée, sees the bruises on her neck and the fight still left in her big blue eyes, and vows he will do everything in his power to protect her.

Everyone knows the O’Malleys have a dangerous reputation. But Callie wasn’t aware just what that meant until she saw Teague, the embodiment of lethal grace and coiled power. His slightest touch sizzles through her. But the closer they get, the more trouble they’re in. Because Callie’s keeping a dark secret-and what Teague doesn’t know could get him killed.

This one started out really intense. Spoilers ahead, but it happens right at the beginning and sucks you in, so in my mind, just a baby spoiler.

Before I get to the beginning, at first I was wondering how a contemporary romance would be able to include arranged marriages. It may have happened before, but I’ve never read one. From the cover (which really sucked me in) to the back blurb, I thought this was going to be another Billionaire book, which is really hot in romance right now. But it’s actually about three mob families, and the marriage is arranged to get more territory.

I think that should have some how been included in the blurb, but now you know at least.

Callie goes to a strip club to meet spy on her finance, Brendan Halloran, since she’s never met him, and has been unable to schedule a time to do so. She goes upstairs and finds him raping a woman who he has also badly beaten. Brendan thinks Callie is a stripper and attempts to rape her too. Callie ends up shooting him and escapes without anyone witnessing it.

Now that’s Brendan’s dead, Callie’s dad doesn’t want to wait for a grieving period, and just signs her up to be married to Teague O’Malley, who is from the third mob family.

I know Callie is resigned to her fate, but she barely bats an eye when she finds out she’s to marry Teague. Teague at least shows more emotions about it. Callie is going forward to the marriage since she is an only child now, and will one day run the business, and she wants to be able to take care of her people. So she’s thinking of them, and not herself, but this still bugged me that she didn’t even get angry with her father.

Callie and Teague meet at their engagement party, and Callie has the serious hots for Teague. They get busy right away, and their sexual attraction to each other only increases from there. I will say, Katee Robert does write a good sex scene.

The rest of the book we start to get to know the other members of the various families. With the exception of a few, the kids all want to get out of the family business. The fathers and one mom, are the real bad guys in the story. Not caring what their kids want, and trying to kill whomever gets in their way.

Callie keeps her secret of killing Brendan from everyone, and starts to feel guilty that she can’t tell Teague. Teague also has a major secret he’s keeping that can seriously harm him and his family.

I highly recommend this one if you enjoy contemporary romance. And it looks like it’s going to be a series, with more sexy books to come in April (The Wedding Pact) and July (Indecent Proposal).

Giveaway is for United States residents only, to keep shipping costs down.