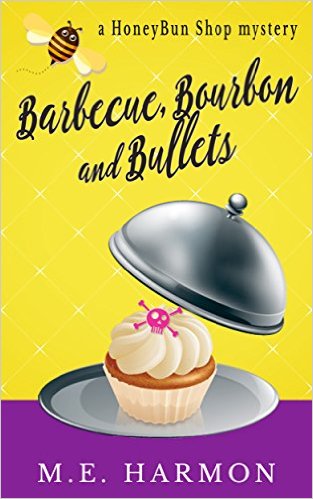 There’s no gun. There are no witnesses.

Ali can’t resist a good mystery to solve and decides to help the investigation along. But as she attempts to smoke out the culprit, it’s Ali who risks being scorched by a red, hot killer.

I really don’t like giving books bad reviews. I know how difficult it is to write, and stressful it is to release your words out into the world for others to criticize. Unfortunately this short novel was just not that good. On a positive note, I did think the cover was cute, and perfect for a cozy mystery.

My two biggest problems were the editing and the dull conversation. I found myself having to reread sections because I was confused by the jumps and added/missing words. I would have given this book three stars if it had been edited better. I would have jumped to four stars if the dialogue had been more flowing, with some funny comments thrown in.

The story itself was fine. It read like a lot of other cozy mysteries, and the murder weapon was unique. It was pretty easy to guess the killer, but I’ve had that happen in many other mysteries I’ve read. But in those books, the characters were developed, so I wanted to continue to read the story to see what happened to them.

I can’t even recommend this one if it’s a free read, since there are many other free reads out there that are better edited, and have more engaging characters.