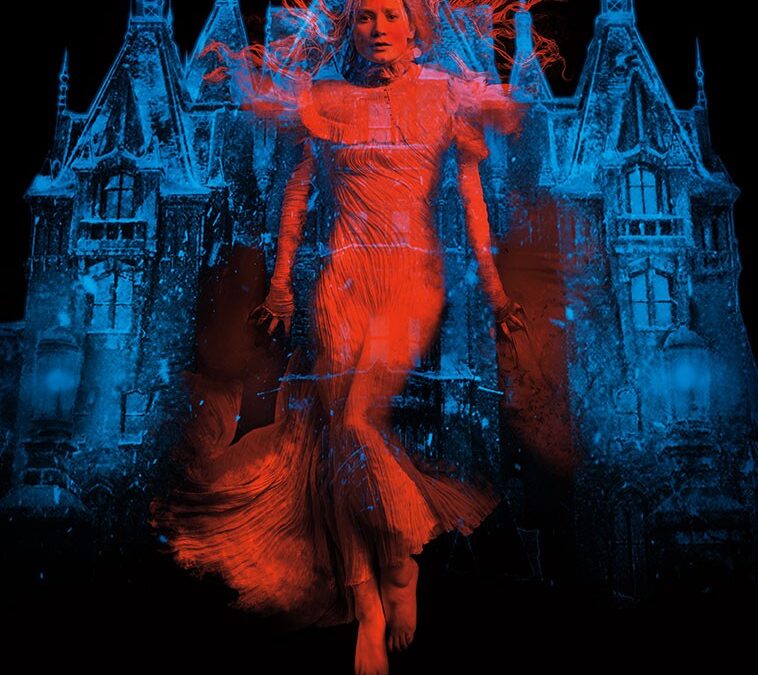 When her heart is stolen by a seductive stranger, a young woman is swept away to a house atop a mountain of blood-red clay— a place filled with secrets that will haunt her forever. Between desire and darkness, between mystery and madness, lies the truth behind Crimson Peak.

What kind of monster kills a dog and burns someone’s manuscript?!? That is just wrong.

I don’t watch or read a lot of gothic horror, and I’m not really sure why, since I often find myself enjoying them. From the previews I was hesitant because it looked like Edith (Mia Wasikowska) was just running around the ancient mansion trying to escape creepy ghosts, but there was so much more to this movie. We don’t even get to the mansion until almost halfway through.

Edith is an aspiring writer who believes she will get published because her father has raised as a strong woman who believes in herself. But she is still young, so she is easily swept away when a stranger, Sir Thomas Sharpe (Tom Hiddleston) comes to America looking to have his invention financed.

The scenery, architecture and costumes throughout the film are gorgeous. The details are exquisite, and when we are finally inside the decrepit mansion, the layering of decay over extravagance is done perfectly.

You know pretty much from the start that Thomas and his sister, Lucille (Jessica Chastain), are not good people. But the build up as to exactly how and why, is very well done.

Also, since this is a gothic story there are going to be family secrets. When Lucille and Edith were talking about if the marriage had been consummated, I knew there was going to be incest. When we are finally shown, it is done in a very sensual and tasteful way. The fact that Edith sees it with her own two eyes and still doesn’t believe it, continues to show her naivete.

The exploration of half-truths, lies and nothing being what it seems is played over and over again in perfect harmony. Just when one of the characters thinks something, there is a slight change in perspective that shifts everything, leaving the actor and audience slightly off balance.

This is a very well done gothic horror/romance, and if you enjoyed The Haunting (1999 or 1963), or the TV show, Penny Dreadful, I think you’ll find this one to your liking as well.