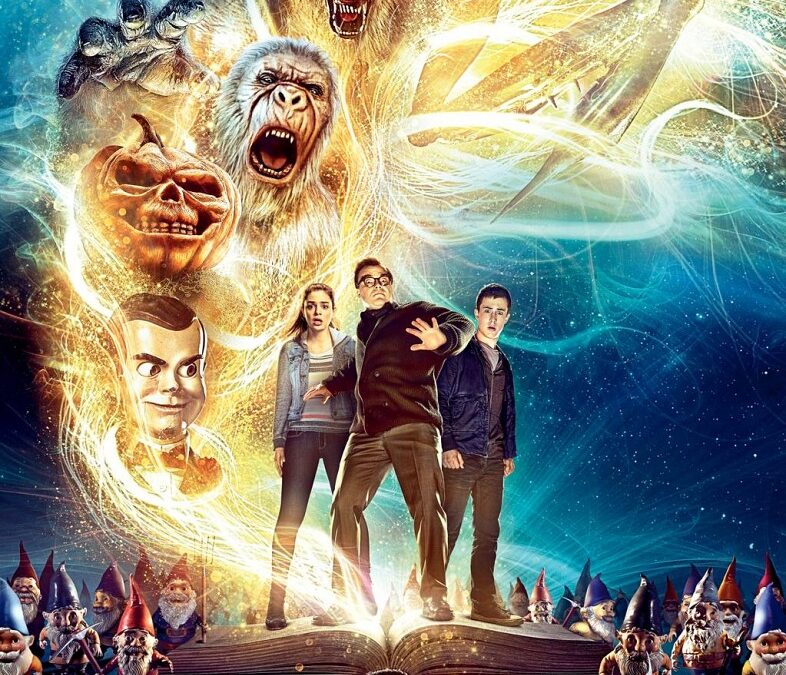 After moving to a small town, Zach Cooper finds a silver lining when he meets next door neighbor Hannah, the daughter of bestselling Goosebumps series author R.L. Stine. Stine is very strange and mysterious and it turns out for good reason. He is a prisoner of his own imagination – the monsters that his books made famous are real, and Stine protects his readers by keeping them locked up in their books.

When Zach unintentionally unleashes the monsters from their manuscripts and they begin to terrorize the town, it’s suddenly up to Stine, Zach, and Hannah to get all of them back in the books where they belong.

When the Goosebumps books first came out I was already in high school, so I never read any of them. But I did see a few of the earlier movies, that had been based on one particular book. This movie, that incorporated all of the monsters, was much better than the other ones I had seen. But then again, those were made specifically for kids, and this one was for a wider audience.

This one still kept the cheesy lines that the other ones had, but it also had more of a storyline then just the kids running away from the monsters. Although this one still had that, just more towards the end.

There were actually a couple of twists that I didn’t see coming, so that was really refreshing. And I really enjoyed the scenes where there was more one on one with a particular monster. The werewolf scene in the supermarket was filled with tension, and done really well. I would have to say the one thing that I wish this movie had done more of was the one on one scenes.

I would recommend this film. It was a fun romp, filled with teenage angst, monster chases, and some pretty cool special effects, especially the giant praying mantis.