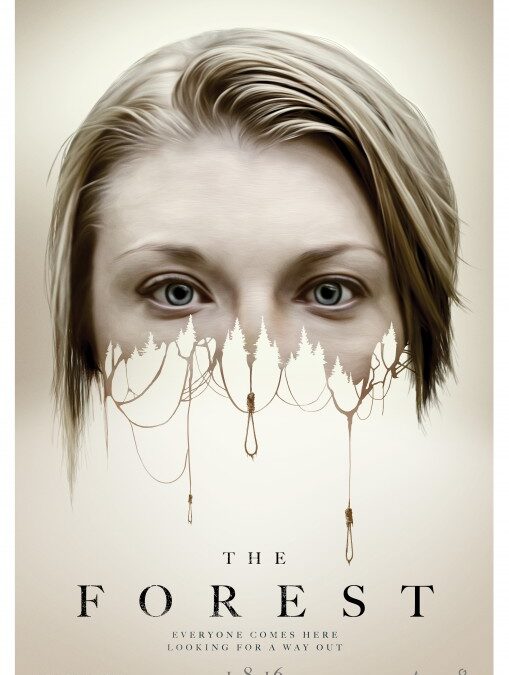 A young woman’s hunt for her missing sister leads to horror and madness in this terrifying supernatural thriller starring Natalie Dormer (Game of Thrones and The Hunger Games franchise). When her troubled twin sister mysteriously disappears, Sara Price (Dormer) discovers she vanished in Japan’s infamous Suicide Forest. Searching its eerie dark woods, Sara plunges into a tormented world where angry spirits lie in wait for those who ignore the warning: never stray from the path.

If you go in thinking this is a horror movie, or wanting it to be another Ring movie, you will be disappointed. I would say it’s more of a supernatural thriller with a couple of jump scares thrown in. And even the supernatural part of it is pretty light. Are there spirits messing with Sara’s head, or is it the mental illness that seems to be a part of her family history?

The best part of the movie for me was when Sara starts second guessing her guide, Aiden. It had me guessing as to which direction this movie would be going. Was Aiden really messing with her, was Sara’s head messing with her, or were the spirits doing it.

As for the rest of the movie, there was nothing too exciting to be seen. They are walking around the forest a lot, but I never felt any tension mounting. And I never got a creepy feeling in the forest, even with all the fog, and the occasional dead body or spirit jumping out. You get some flashbacks to Sara and Jessica (her twin), and we see what really happened to her parents. But other than that, not much goes on.

The one thing where I kept thinking, “Really!”, was with her phone. They are out in the forest for a couple of days, but she continues to use her phone as a flashlight, and her battery doesn’t wear out. It’s a small thing, but for some reason, I kept focusing on that. She did use it quite a bit in the dark, which was a nice change of pace, with the audience actually being able see a bit more of what was going on. So I guess I have a love/hate relationship with her phone.

All in all, not a horrible movie. I thought the storyline was wrapped up well. Questions were answered, and of course, they left it open for a sequel.