How to Be Single : Movie Review 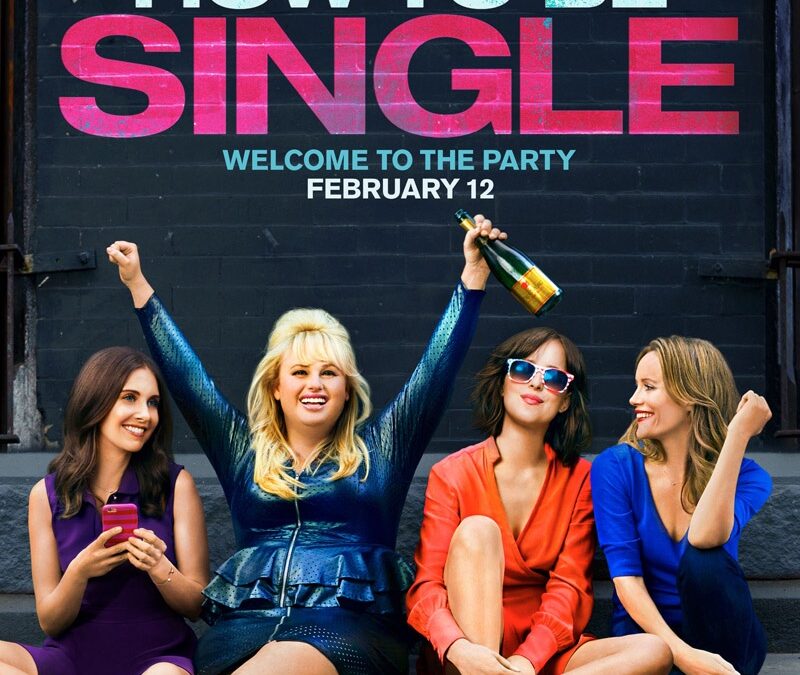 There’s a right way to be single, a wrong way to be single, and then…there’s Alice. And Robin. Lucy. Meg. Tom. David. New York City is full of lonely hearts seeking the right match, be it a love connection, a hook-up, or something in the middle. And somewhere between the teasing texts and one-night stands, what these unmarrieds all have in common is the need to learn how to be single in a world filled with ever-evolving definitions of love. Sleeping around in the city that never sleeps was never so much fun.

I felt a bit hoodwinked with this movie. From all the previews I saw, I thought it was going to be a comedy like The Hangover, but it was more of a drama with some funny parts. And unfortunately most of the funny parts were what I saw in the previews. It was still an enjoyable movie, just not what I was expecting.

There were five main characters, only one who is actively trying to find love. The other four are either just having a good time, committed to work, or want to find themselves. Throughout the movie, all of the people, except the one who didn’t want to find love, end up trying to find it, or actually getting into a relationship.

Each character has their own story, and they touch with the other’s stories, some more than others. I didn’t find it confusing, but when you’re expecting a comedic romp through love, and get a chick flick instead, it can be a bit bewildering. I did think the movie was done well, and enjoyed it. So if you’re PMSing, and want to watch a chick flick, this one may be for you. Don’t forget a carton of ice cream, but, for me at least, this one didn’t require a box of Kleenex too.