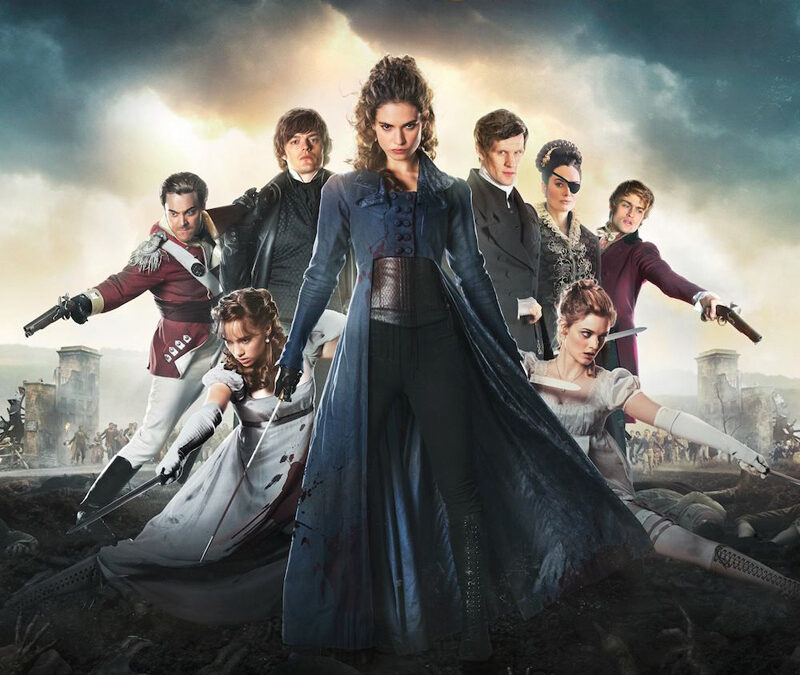 A zombie outbreak has fallen upon the land in this reimagining of Jane Austen’s classic tale of the tangled relationships between lovers from different social classes in 19th century England. Feisty heroine Elizabeth Bennet (Lily James) is a master of martial arts and weaponry and the handsome Mr. Darcy (Sam Riley) is a fierce zombie killer, yet the epitome of upper class prejudice. As the zombie outbreak intensifies, they must swallow their pride and join forces on the blood-soaked battlefield in order to conquer the undead once and for all.

Even though I’ve never read the book, I still know the gist of the story from people who have read it, and love it, and have told me all about it. As far as I can tell, the movie followed the main story pretty well. This movie version just included zombies and people battling zombies. But for me, there wasn’t enough zombies. All the main fights were shown in the previews. So for me I could have just watched the previews, and put together what I knew of the story, and I would have been in the same boat as when I finished actually watching the entire movie.

Needless to say, I was disappointed. The scenes and costumes were gorgeous, The actors did a good job. Although this is just me, but Mr. Darcy’s voice really annoyed me. This is not a movie I will say you Have to see, especially to fellow horror movie lovers. And I think the people who love Pride and Prejudice, probably don’t love zombies, so I can’t recommend it to those people either.