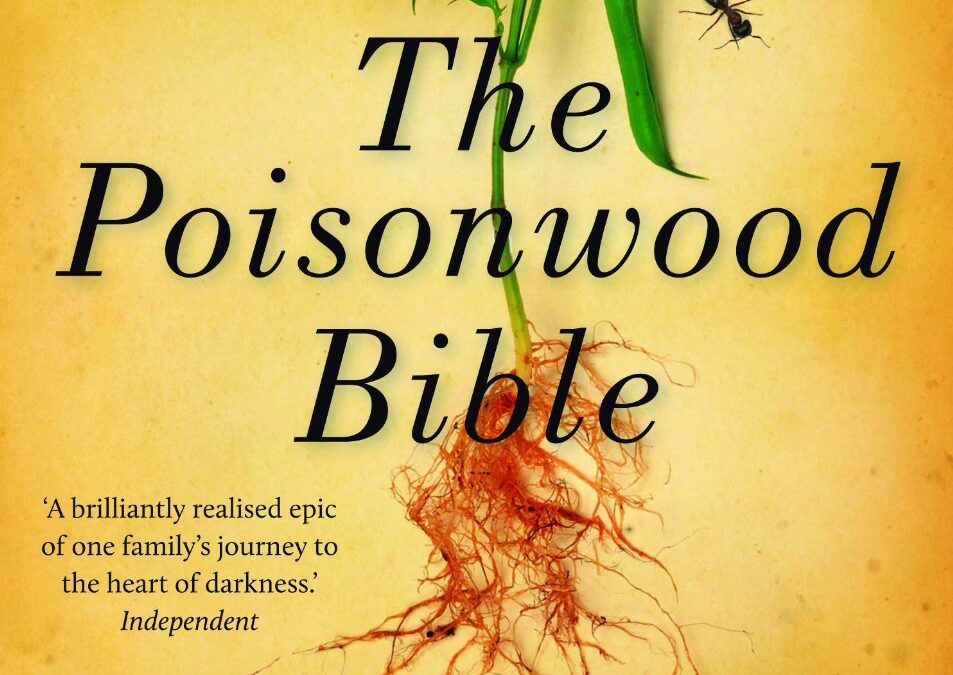 The Poisonwood Bible is a story told by the wife and four daughters of Nathan Price, a fierce, evangelical Baptist who takes his family and mission to the Belgian Congo in 1959. They carry with them everything they believe they will need from home, but soon find that all of it—from garden seeds to Scripture—is calamitously transformed on African soil. What follows is a suspenseful epic of one family’s tragic undoing and remarkable reconstruction over the course of three decades in postcolonial Africa.

I read this book about 10 years ago, and enjoyed it. If you had asked me why, I couldn’t tell you much besides it was an interesting look at missionary life, and I like that it included some nature based religion, among all the Baptist preaching.

When a book club member suggested it, I eagerly jumped at the chance to re-read it. And it is really rare for me to read a book twice (besides books by Christopher Pike and The Westing Game by Ellen Raskin).

The story is mainly told through the four daughters, with the mother talking a bit at the beginning of each section. In many ways the girls grow so much during their time in the jungle, but years later, there are ways that they are still the same.

Kingsolver does an excellent job giving each of the five female characters their own unique voice. After the first chapter I could have flipped to any part of the book, and told you who was telling that part of the story.

Not only were the characters written very well, but the details she gave in regards to the scenery were gorgeous. And the history that she told about the Congo during that time was fascinating. It was not dry at all, and I really wish more history classes were taught this way, not just memorizing dates.

There are so many layers to this book, that I am still thinking about it, and book club was over a week ago. If you do read this one, and you have a chance to discuss it with others, I would highly suggest doing so. They may have different insights that you had never even thought about.

I want to write more, but there is so much that goes on in this book that I don’t want to spoil anything. In fact I’m a bit jealous that you’ll get to experience it for the first time.