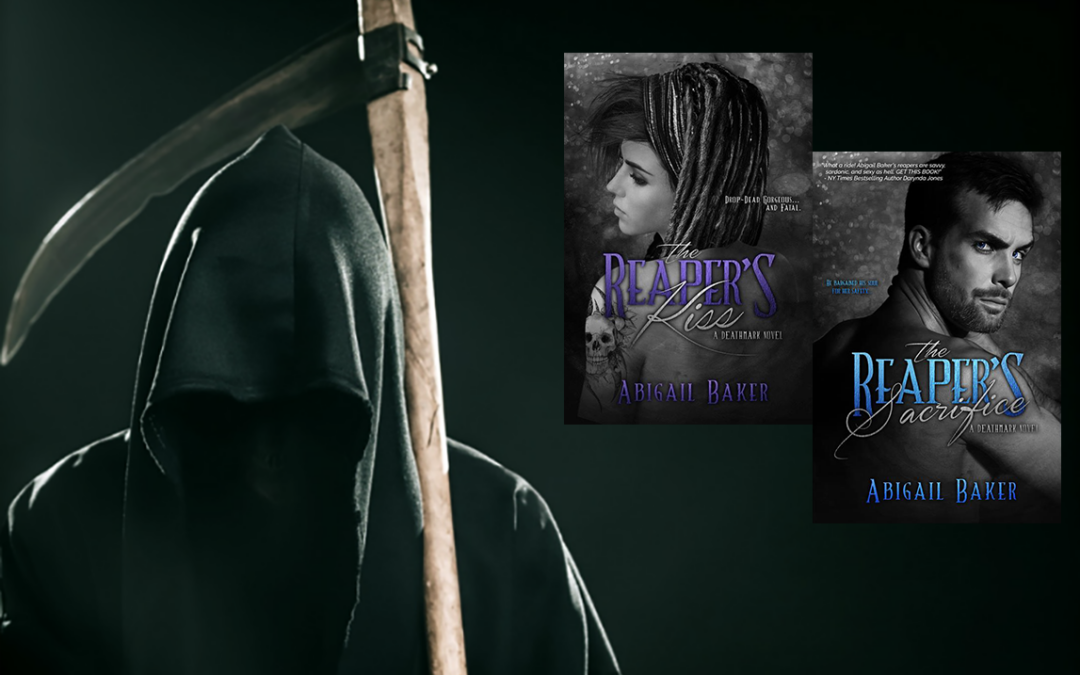 It’s been two years since I tried to overthrow Death…

Now, all I have to show for it is a life in exile without my lover and personal Grim Reaper, Brent Hume. He bargained his soul for my safety. If I could get him back, I would, but I don’t don’t have the first idea how. So I live for the night when Reaper’s bring nightmares to the living—and Brent visits me in mine. Doesn’t make for a good night’s sleep, but I’ll take what little of him I can get.

Although this is the second book in the Deathmark series, Abigail Baker does such a good job with handling the back story, that you don’t feel lost at all. Although after finishing this one, I would like to go back and read the first one, The Reaper’s Kiss.

Baker does a fantastic job adding to the fantasy world that she created in the first book, and her previous characters are very well developed already, while she does an excellent job developing the new ones as well.

In The Reaper’s Kiss, Ollie, is a Scrivener who puts her deathmark (a tattoo of a skull) on humans, and then the person’s Reaper comes to collect them shortly afterwards. The evil powers that be find out that she is turning into a master, and want her to be contained or stopped.

The Reaper’s Sacrifice picks up after the loss from the first book. Marin is the leader that tried to thwart Ollie and her friends, and after what she’s seen and done in book one, she’s trying to stay under the radar. But there wouldn’t be a story if she did, so Marin makes a deal with her, and she goes to Scotland to try and make peace with another fraction of the Reaper’s. It quickly turns bad, and Ollie along with her new allies have to try and stop Marin and his evil minions.

There’s lots of twists and backstabbing, some you’ll see coming and other ones will take you by surprise. Even with the ones you know are coming, Baker still does a great job writing the scenes, so you feel the tension. There’s a touch of romance/sexy time in this one, but there is so much action going on, that the book is more focused on that.