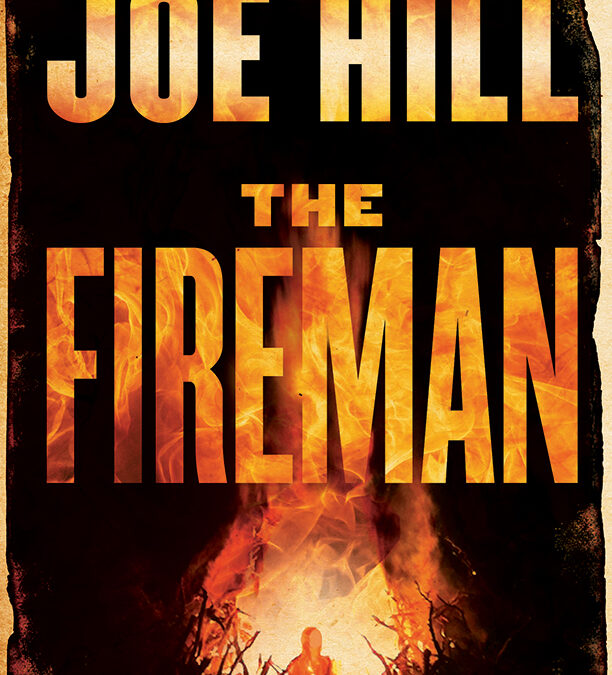 No one knows exactly when it began or where it originated. A terrifying new plague is spreading like wildfire across the country, striking cities one by one: Boston, Detroit, Seattle. The doctors call it Draco Incendia Trychophyton. To everyone else it’s Dragonscale, a highly contagious, deadly spore that marks its hosts with beautiful black and gold marks across their bodies—before causing them to burst into flames. Millions are infected; blazes erupt everywhere. There is no antidote. No one is safe.

Harper Grayson, a compassionate, dedicated nurse as pragmatic as Mary Poppins, treated hundreds of infected patients before her hospital burned to the ground. Now she’s discovered the telltale gold-flecked marks on her skin. When the outbreak first began, she and her husband, Jakob, had made a pact: they would take matters into their own hands if they became infected. To Jakob’s dismay, Harper wants to live—at least until the fetus she is carrying comes to term. At the hospital, she witnessed infected mothers give birth to healthy babies and believes hers will be fine too. . . if she can live long enough to deliver the child.

Convinced that his do-gooding wife has made him sick, Jakob becomes unhinged, and eventually abandons her as their placid New England community collapses in terror. The chaos gives rise to ruthless Cremation Squads—armed, self-appointed posses roaming the streets and woods to exterminate those who they believe carry the spore. But Harper isn’t as alone as she fears: a mysterious and compelling stranger she briefly met at the hospital, a man in a dirty yellow fire fighter’s jacket, carrying a hooked iron bar, straddles the abyss between insanity and death. Known as The Fireman, he strolls the ruins of New Hampshire, a madman afflicted with Dragonscale who has learned to control the fire within himself, using it as a shield to protect the hunted . . . and as a weapon to avenge the wronged.

In the desperate season to come, as the world burns out of control, Harper must learn the Fireman’s secrets before her life—and that of her unborn child—goes up in smoke.

I first tried reading Joe Hill when I found, Heart Shaped Box, and just couldn’t get into it. I skipped over Horns completely, but his next book, NOS4A2, really got my attention, and it was an excellent story. So when I saw he had another book out I was hoping to read another good book. This one is really long, but it is so well written that the pages just flew by for me.

I find that I really enjoy writers that incorporate characters from previous stories into their books. Kevin Smith does a great job of this, so does Hill, and his dad, Stephen King. It’s as if you’re part of a secret club when you stumble across these references. It almost makes me want to go back and read Heart Shaped Box and Horns.

Although I really liked this book, the review is hard to write. There was just so much that went on, and many of the characters were so well written, I don’t know where to begin. Plus I don’t want to give any spoilers.

At it’s core, this is a post-apocalyptic story, which if you read my review on Inevitable Ascension, I mentioned how over this genre I am. And yet I read two books in a row with this premise! After a lot of the population is burnt alive by Dragon Scale, those who are still alive with it, are hunted down by those who are not infected. Harper has Dragon Scale and becomes pregnant. She flees her husband after he starts going crazy, convinced he has it too. Harper ends up at a camp with less than 200 people who also have the scale.

This is where the story really shines with how well the characters are developed. There is also an underlying mystery of a thief in the camp, that turns into a bigger mystery later on. After a time factions start to form, and those who do not feel as the majority does, start to get treated like prisoners. They are stuck in a bad situation; do they stay and risk getting killed by the people at the camp, or do they leave, and possibly get killed by the people roaming the streets killing those that are infected.

This whole time there is a rumor that there’s an island with Martha Quinn (VJ from the 80’s) on it, where the infected can go for food, shelter, and medical testing, to hopefully find a cure. So throughout the book you’re rooting for the main characters to be able to get to the island.

Hill masterfully writes so the tension ebbs and flows. You’ll read three really intense chapters, and then get a break (with great character development), to have the tension ratchet up again, making it really hard to put the book down.