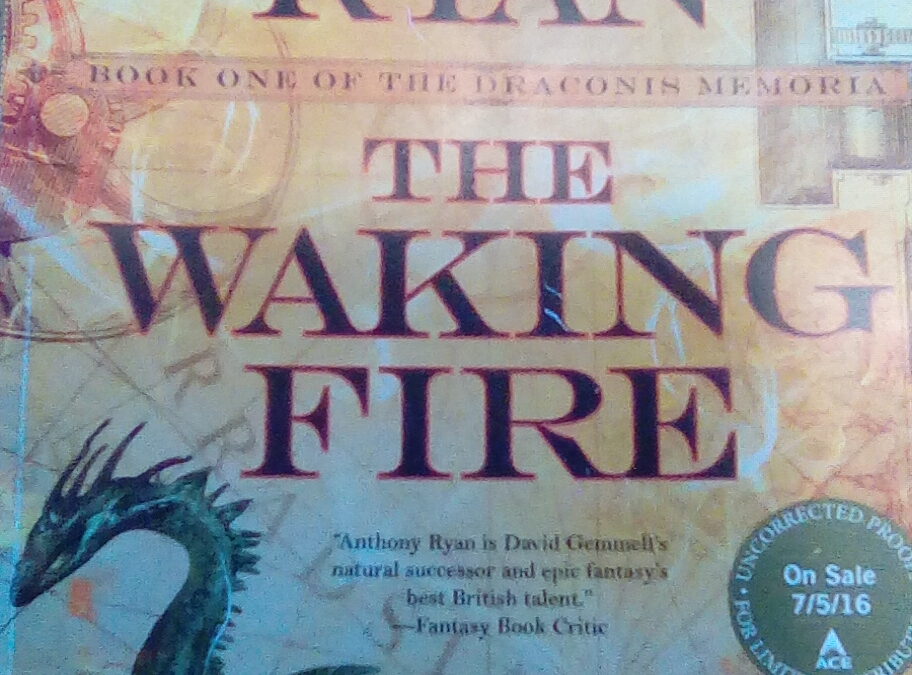 Throughout the vast lands controlled by the Ironship Trading Syndicate, nothing is more prized than the blood of drakes. Harvested from captive or hunted Reds, Greens, Blues and Blacks, it can be distilled into elixirs that bestow fearsome powers on the rare men and women known as the Blood-blessed.

But not many know the truth: that the lines of drakes are weakening. If they fail, war with the neighbouring Corvantine Empire will follow swiftly. The Syndicate’s last hope resides in whispers of the existence of another breed of drake, far more powerful than the rest, and the few who have been chosen by fate to seek it.

Claydon Torcreek is a petty thief and an unregistered Blood-blessed who finds himself pressed into service by the Protectorate and sent to wild, uncharted lands in search of a creature he believes is little more than legend. Lizanne Lethridge is a formidable spy and assassin facing gravest danger on an espionage mission deep into the heart of enemy territory. And Corrick Hilemore is the second lieutenant of an Ironship cruiser whose pursuit of ruthless brigands leads him to a far greater threat at the edge of the world.

As lives and empires clash and intertwine, as the unknown and the known collide, all three must fight to turn the tide of a coming war, or drown in its wake.

I really enjoyed this book. REALLY enjoyed it. In fact, I’d go so far as to say that I haven’t been this excited about a new series since I read the first Storm Front by Jim Butcher.

In The Waking Fire we have a new and interesting world, a world where certain people gain abilities if they drink drake blood. There are Black, blue, green and red drakes, and each type of blood imbues the drinker with different types of abilities.

If this reminds you of Brandon Sanderson’s Mistborn series, there are some definite parallels here, but this does not detract from Sanderson’s series, or from The Waking Fire itself.

A really interesting subtext of this book is the political structure of the nations. One nation is a corporate nation, which is exactly what it sounds like. The “nation” is run by a board, and the social structure is broken into management levels, with all the profit motive you’d expect to be associated with it.

The second nation is a more traditional imperial nation, which is only interesting in its contrast to the corporation, but the secondary subtext is the fact that the corporation has a twofold problem with it’s main revenue source. The “product” as it’s referred to in the book is the drake blood, and the problem is that wild drakes have been over-harvested, while domesticated and farmed drakes yield blood that isn’t nearly as potent in granting abilities as wild drake blood.

Depending on how this is carried out in the future books, we may have an interesting commentary on capitalism and the potential consequences of overconsumption of resources.

It’s against this backdrop that the characters are introduced, and after some nicely done development, the bulk of the book is concerned with what is essentially a quest to find the fabled white drake. Mixed into this quest are political tensions between the two nations, as well as a number of interesting surprises that have me wishing I hadn’t found this series until five or six books in, so I wouldn’t have to wait so long to find out what happens next!