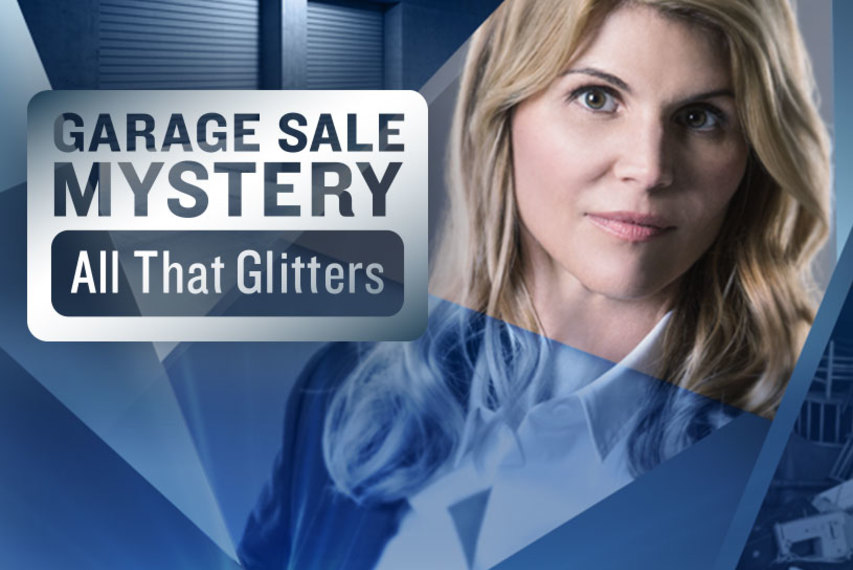 Jennifer Shannon (Lori Loughlin) has a gift for finding rare treasures hidden in garage sales that she can resell at her consignment store, Rags to Riches. But her keen eye for finding valuables also gets her involved in the criminal investigations that happen at the very second-hand sales she frequents.

When Jennifer’s friend and self-storage facility owner Martin (Michael Kopsa) turns up murdered-just hours after auctioning off an abandoned storage unit full of unique items to Jennifer-she is immediately pulled on the case as a key eyewitness.

This is the second movie in the Garage Sale Mystery series, (You can read my review for the first one, here), and while I enjoyed it, I had two big issues. The first is there is a different actor for the husband. Now I may not have even noticed if I watched these on the Hallmark channel, since there was some time in between before the second one came out, but since I watched them the same weekend, I noticed.

I really enjoyed the dynamic between husband one and Jennifer a lot better. The new husband is much more protective of her, and not as helpful. Of course, this is just how the story was written, but it made for another reason why I don’t like him as much. Hopefully in future episodes he chills out a bit.

The other issue was that this one was just so easy to solve. There was really only two suspects, and early on the first suspect gets cleared (at least in my mind). In most cozies there at least four of so new characters every book that can be suspects, but when there’s only two, it’s not hard to figure out who the bad guy is.

There was a little more mystery as to the Why?, but that was not hard to figure out either. And the other part that really annoyed me was the flashback to the words one of the characters said that was incriminating. I hate, hate, hate when shows dumb stuff down so much. I have stopped watching TV shows (Leverage and The Catch), because they dumbed them down so much.

Even though the movie had these two big sticking points for me, I did still enjoy it. The acting was done well, especially Jenny, her son, and her business partner, Dani. I hope the future movies in this series have a stronger storyline. And I checked, the husband doesn’t change again, so that’s a good thing.