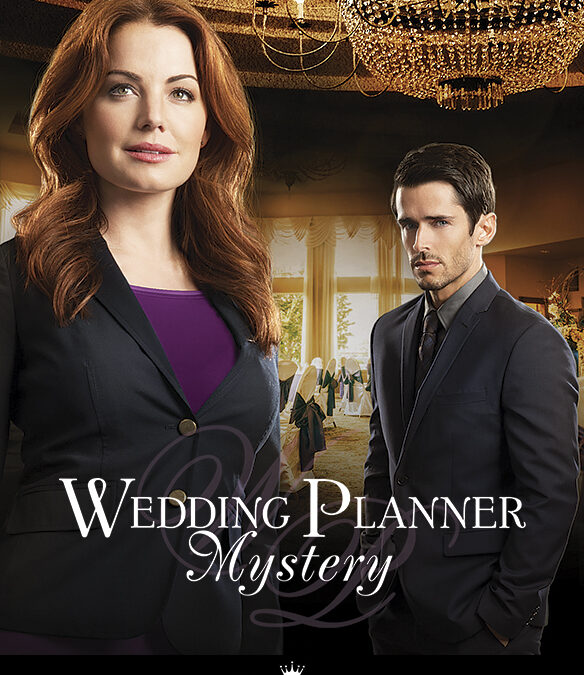 Based on Deborah Donnelly’s novel “Veiled Threats,” Carnegie Kincaid is a wedding planner and a perfectionist in both work and romance. When a murder occurs and a bride is kidnapped surrounding the wedding of a prominent family embroiled in a high profile fraud scandal, Carnegie becomes a suspect.

She is questioned by police and pursued by shady news reporter Aaron Gold (Andrew W. Walker). To make matters more terrifying, Carnegie is pretty certain whoever is responsible for the crime is out to get rid of her. As she struggles to clear her name, Carnegie is hounded by a hard-boiled detective and wooed by a handsome lawyer. With her life exploding into a whirlwind mix of danger, mystery, and romance, Carnegie begins to realize that love does not always arrive in a pretty package and that the perfect “Prince Charming” she’s been waiting for may not have her best interests in mind.

Just too much wrong with this movie, and I was so excited because I have always wanted to be a party planner, so I usually enjoy movies with Wedding Planners, it’s their organizational skills and quick thinking that really makes me happy to see. If Carnegie had used her thinking skills, maybe she wouldn’t have accused so many of her friends of murder, and figured out was going on a lot sooner.

The first thing that really struck me as being odd/way off, is when the detective said it was Carnegie’s fault that the person died because she had served alcohol at a wedding. I don’t know, maybe growing up in Wisconsin, where drinking is the number one pastime, my opinions are skewed, but I would think that there is some clause in a wedding planner’s contract that would say they are in no way responsible for people drinking.

So this sends her into a panic, and she tries solving the crime, and in the process accuses a lot of the people she knows. And afterwards, she doesn’t even apologize. So while this is going on, she is wooed by a lawyer, and trying to fend off a reporter. To me the reporter was over the top at what a jerk he was being, and even though Carnegie kept denying him, when she does decide she likes him, it’s so fast that if they make any more movies from this series I can see them getting married.

There’s also something to be said about just using common sense. If you see someone being really nice to everyone, but then really mean to you, and then really nice again when someone walks into the room, you might want to suspect them.

The ending when we find out who did what, felt like a Scooby-Doo episode to me. The dialogue was terrible, and I thought one of the characters was actually going to say, “And I would have gotten away with it, if it wasn’t for you meddling kids.”