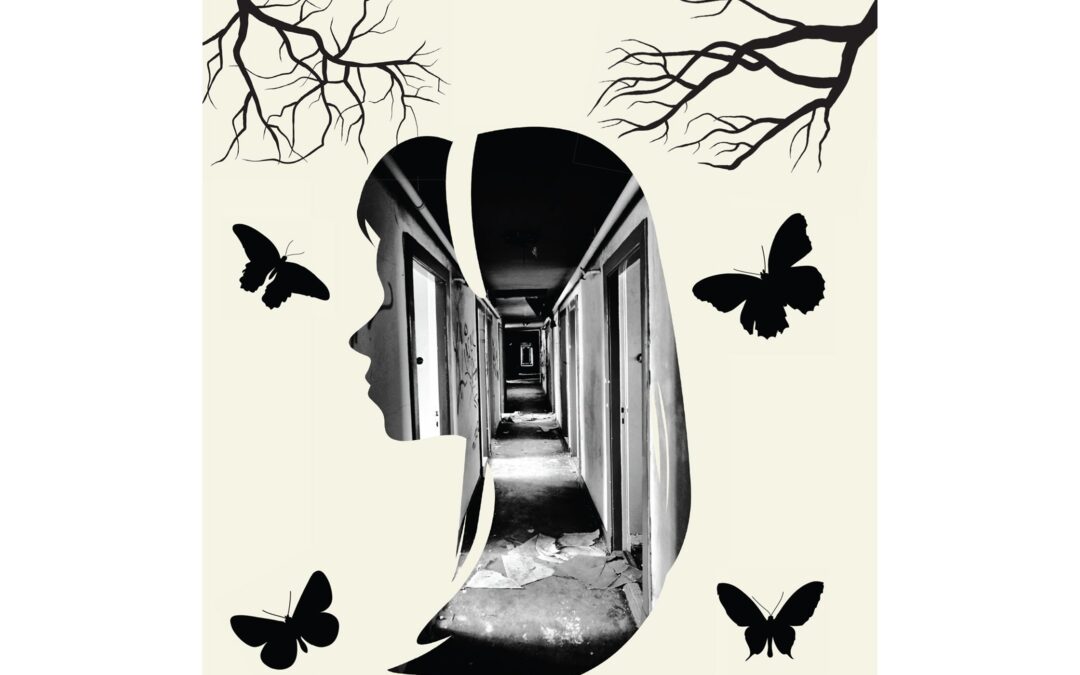 When sixteen-year-old Willow goes urban exploring in an abandoned asylum she expects the dark halls, creepy echoes, and ominous atmosphere. But she doesn’t expect it to follow her home. After the trip, Willow becomes haunted by nightmares in which she never left Ashwood Asylum. Nightmares where she is pursued by grotesque, mind-infesting horrors called the Mora who feed off the fear of mortals. Unfortunately for squeamish Willow, they are hungry. And she is their perfect meal.

Upon waking, Willow recalls only fleeting memories of dead butterflies, hollow eyes and discordant whispers. But slowly these phantasms begin to bleed into her daily life, making Willow question her own sanity. She soon realizes that the solution lies solely within the decrepit walls of Ashwood. As the boundary between dreams and reality disintegrates, Willow must find the courage to defeat the leader of the Mora before he traps her soul in the nightmare forever.

When I was a teen this would have been the type of book I would have gravitated towards; Haunted asylum, Slavic folklore, and Jungian theory are all topics that I would have, and still do, find interesting.

The action starts pretty fast after they get inside the asylum, so there isn’t a lot of build up towards the horror. But there is a lot of tension when it comes to the psychological thrills. What is real, is Willow going crazy, will she escape? And then after the intensity of the middle of the book, you receive another large jolt of horror, that not only leaves you with chills, but makes you take a look behind yourself.

Some of the characters (Willow, her cousin, and her mom) were really fleshed out, while the other ones not as much. But since this seems to be an ongoing series, perhaps we will see more character development in future books. The one character, Archimedes, irritated me from the get go (which was part of his character), but the parts when he was trying to be funny, really fell flat for me. But that could just be because of my age. As a teenager girl, I may have giggled at him, but as a woman, I would have told him off.

There was a lot of symbolism and mythology throughout the story, some of which I knew, and some of which I didn’t, so that was a nice surprise. It helped to move the story along wonderfully. And I think it could spark the interest in readers to do some more research themselves on some of the topics.

If you’ve watched House on Haunted Hill or 13 Ghosts and enjoyed them, or like to play Silent Hill, I think this may be a book you would really enjoy. And even if you’ve never seen those movies, or played the video game, but enjoy ghosts, mythology, horror or thrillers, you should definitely give this one a read.