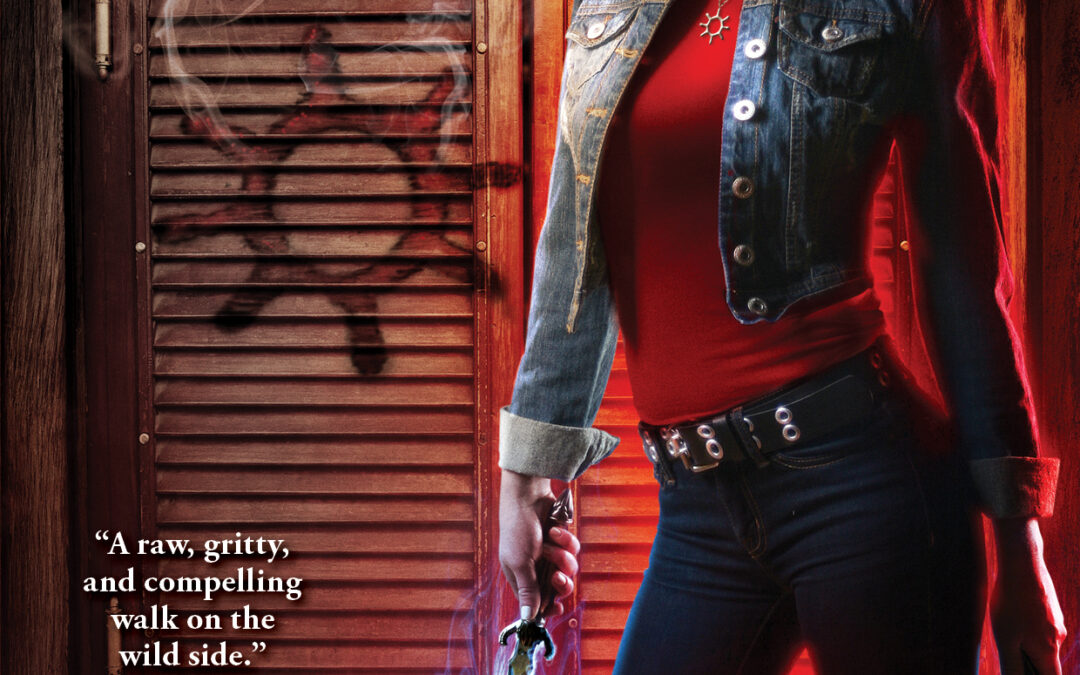 As the current queen of the Ashland underworld, you would think that I, Gin Blanco, would know all about some secret society controlling things from behind the scenes. I might be the Spider, the city’s most fearsome assassin, but all my Ice and Stone elemental magic hasn’t done me a lick of good in learning more about “the Circle”. Despite my continued investigations, the trail’s gone as cold as the coming winter.

So when Finnegan Lane, my foster brother, gets word of a surprising inheritance, we figure why not skip town for someplace less dangerous for a few days? That place: Bullet Pointe, a fancy hotel resort complex plus Old West theme park that Finn now owns lock, stock, and barrel. At first, all the struttin’ cowboys and sassy saloon girls are just hokey fun. But add in some shady coincidences and Circle assassins lurking all around, and vacationing becomes wilder—and deadlier—than any of us expected.

Good thing this assassin brought plenty of knives to the gunfight …

I love this series. This is one of the series I am willing to take a day of vacation from work to read it. This is the 15th books in the series, and with a lot of series by the time you get this far in it, the series has fizzled out. Not with the Elemental Assassin though. I’ve only encountered one book (#13 and the review can be read here), that has not wowed me.

I do recommend that you start this series from the beginning though. There is so much back story and character development that you would miss too much if you didn’t, and there is a good chance you would get confused as to what is going on.

I did have one major problem with the story line though, and if you’re a long time reader of the series, there will be spoilers coming. So just know that I highly recommend this one.

I had one problem in regards to where the gems were hidden. Gin doesn’t sense them at first, and the thin excuse is that they were surrounded by water. Yet later on she is many feet away from them, and can sense they are vibrating from their beauty. I really can’t see why the water would have inhibited her from feeling them earlier, even if she was distracted.

The other thing with the gems is they were taken from pieces of jewelry, so I would think some of them would be pretty big sized stones. Yet it seemed like all the stones she found were smaller in size.

I know it’s not super important, but with someone who’s been writing so long, and writes such great books I would think that even these small details would be examined to make sure they make sense.

But even with this, I still enjoyed this book. And if you’ve never read any of this series again, make sure to start with book one, Spider’s Bite.