So Good by Darcy Burke : Book Review and Blog Tour 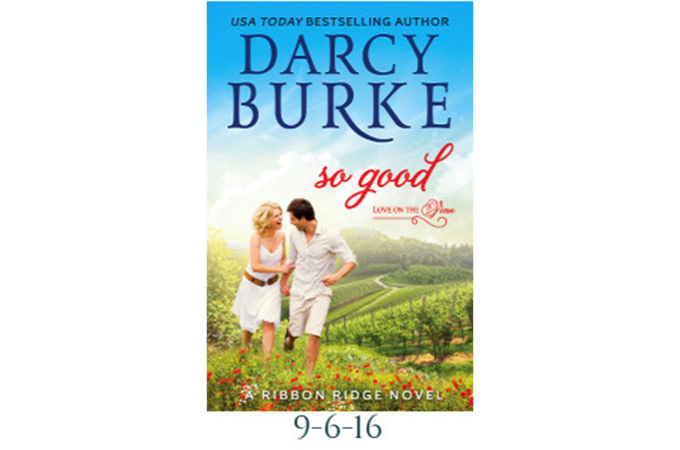 I have read numerous books by Darcy Burke, including most of the Ribbon Ridge series, and this branching out from that series, just continues the wonderful world that Burke has created. The Love on the Vine sub-series lets us continue to see what is going on with the Archer family, but we get to meet more people from Ribbon Ridge, and it seems it’ll be focusing more on the wine business that the family is involved in, which I really like.

The first scene where Cameron and Brooke are at a wine tasting, really got the book going. There was wine (of course!), a party, witty banter, and sexual tension. It instantly drew me in, and I was excited to meet all the new characters. Once again Burke does a fabulous job really developing the characters. That is one of the things I love most about the Ribbon Ridge series, I find myself eagerly awaiting the next book to be able to catch up with the going ons of the family.

This one also included a side story that involved a mystery. Brooke and three of the other Ribbon Ridgers are working on creating a town history exhibit, and come across a brick with the initials, BNR. I thought they would end up standing for something different than what they did. When the women were working together, Burke did a great job showing the intelligence and budding friendships of the women.

The sex scenes were very steamy, but I’ve come to expect nothing less. This is the case also in the Untouchables, Secrets and Scandals, and Regency Treasure Hunters series. I could have done with less of the uncertainty among the main characters in regards to whether they could get over past hurts, and get together, but that is a common theme in romance.

Another fantastic book in the series, and I’m looking forward to Love on the Vine book two.

Darcy Burke is the USA Today Bestselling Author of hot, action-packed historical and sexy, emotional contemporary romance. A native Oregonian, Darcy lives on the edge of wine country with her guitar-strumming husband, their two hilarious kids who seem to have inherited the writing gene, and three Bengal cats. Visit Darcy online at www.darcyburke.com and sign up for her newsletter, follow her on Twitter at twitter.com/darcyburke, or like her Facebook page, www.facebook.com/DarcyBurkeFans.
Connect with Darcy: Site | Facebook | Twitter | Goodreads 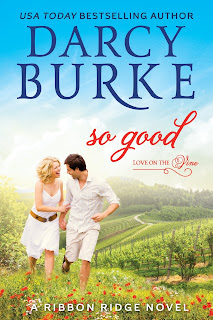 Cameron Westcott has spent eight years recovering from heartbreak by keeping romantic entanglements casual and simple. He’s never minded being called a manwhore, but after two years immersing himself in his new winery, he might be ready for the next chapter. Especially when he meets a sexy wine distributor—only she says she isn’t interested.

Following a bitter divorce, Brooke Ellis relocated to Ribbon Ridge to rebuild her life. Things will never be the same for her, and she’s coming to terms with that reality when she meets charming, persistent Cam. She can’t imagine a happy ever after given his reputation, but he makes her feel so good.
As the sparks between them intensify, they’re both hesitant to commit for very different reasons. Or are they really just sabotaging their own futures? If they can trust each other—and themselves—they may realize that what they share is too good to let slip away.
Purchase: Amazon | Barnes & Noble | iTunes | Kobo
Add to Goodreads