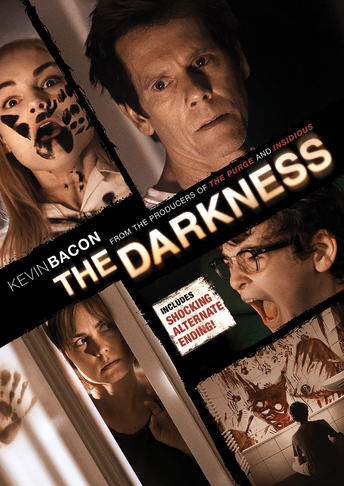 From the producers of The Purge and Insidious, comes this terrifying supernatural thriller starring Kevin Bacon (TV’s The Following) and Radha Mitchell (Silent Hill). When their young son (David Mazouz, TV’s Gotham) brings home five mystical stones he found on their family’s camping trip to the Grand Canyon, Peter (Bacon) and Bronny (Mitchell) begin to notice strange things happening in their house. Having awakened dark forces bound to the rocks, the family fights for survival as malicious demons feed off their fears and threaten to destroy them.

This was a rip-off of Poltergeist. I wouldn’t have minded, but since the acting (mainly with the two female leads) wasn’t that good, I really can’t recommend this one. Even Kevin Bacon’s acting was just ho-hum. And David Mazouz, who plays their young son with autism, seemed to forget he had it from time to time.

The reason I say it’s like Poltergeist is; Native American spirits are haunting a suburban house with them being really interested in the youngest child. There are bumps in the night, and the strange things start getting more intense and dangerous. Until finally they bring in a spiritualist in to cleanse the house, people go through a portal and face the evil, only to come out and all is good in their lives again. A couple of things are thrown in (bulimia and an old affair) to spice it up a bit. But it doesn’t really. It just makes me question how these people can be that oblivious.

These evil spirits are supposed to be turning them against each other, and be making them go crazy. (We get to see this documentary type footage on the computer about four times.) But to me, they just seemed like a family who was horrible with communication, and that the adults really didn’t want to be married to each other any more.

The only reason I’m giving it two stars instead of one, is that some of the special effects were decent, and there are some jump scares that may get some people who watch it.