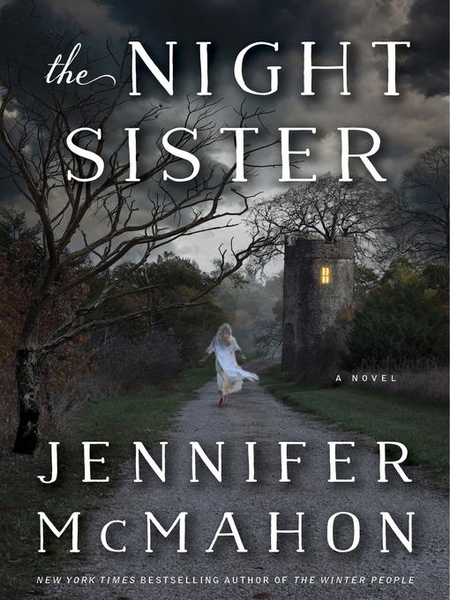 The Tower Motel was once a thriving attraction of rural Vermont. Today it lies in disrepair, alive only in the memories of the three women—Amy, Piper, and Piper’s kid sister, Margot—who played there as children. They loved exploring the abandoned rooms … until the day their innocent games uncovered something dark and twisted that ruined their friendship forever.

Now, Amy stands accused of committing a horrific crime, and the only hint to her motives is a hasty message that forces Piper and Margot to revisit the motel’s past, and the fate of two sisters who lived there in its heyday.  Sylvie Slater had dreams of running off to Hollywood and becoming Alfred Hitchcock’s leading lady, while her little sister, Rose, was content with their simple life. Each believed the other to be something truly monstrous, but only one knows the secret that will haunt the generations to come.

Another fantastic book by Jennifer McMahon! I read The Winter People by her (read review here) and really enjoyed it, so I was excited to read this one for book club. There was a perfect amount of mystery, thriller and supernatural elements in this book.

McMahon is a master at writing books that jump around different time periods. In this one there are four; 1955, 1961, 1989, and 2013. For each time period she is spot on with the various details including clothing and expressions. It is very apparent when the times shift, unlike some books where you have to really puzzle it out.

There are so many questions that revolve around the mystery of the book, but McMahon keeps the tension high while answering them, and still give you a break from time to time so you can catch your breath. For me the supernatural elements were not so scary that you want to keep all the lights on, but added just enough creepiness to keep the thrills coming. I also really enjoyed how she added in the letters to Alfred Hitchcock, and included the real life event of him coming to the town for an opening of a film.

I wasn’t surprised at the ending because I thought it was going to go that way about halfway into the book, but I wanted to keep reading to see how all the pieces fit together. And I was still surprised with a couple of the details. If you enjoy supernatural thrillers or mysteries, I highly recommend this one, as well as The Winter People.