No Farm, No Foul by Peg Cochran : Book Review 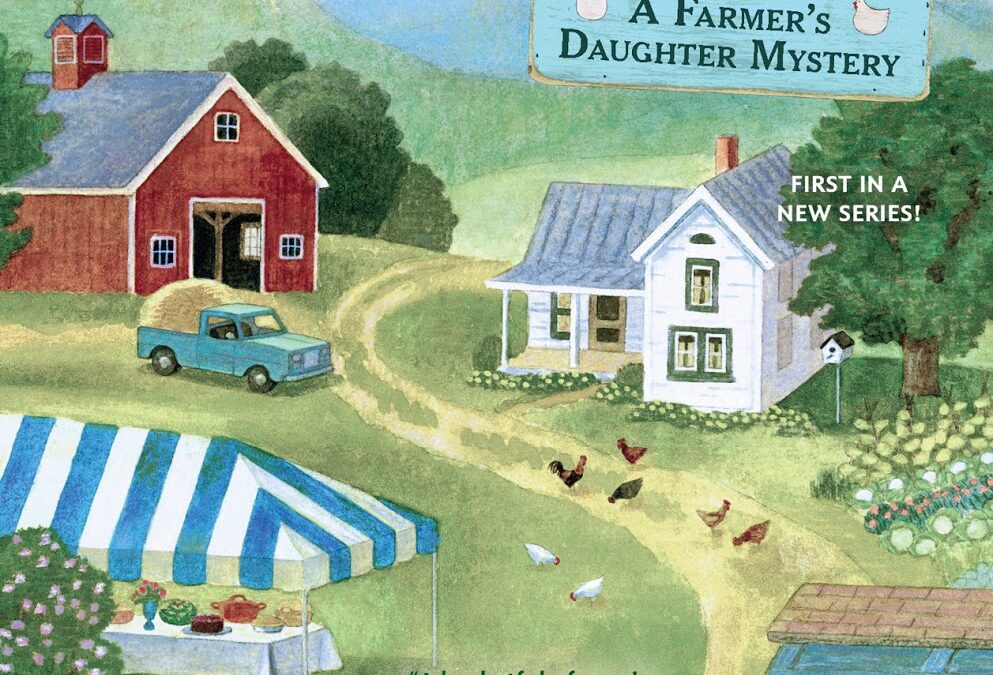 First in the Farmer’s Daughter mystery series set on a picturesque farm in Michigan, where Shelby McDonald runs a popular lifestyle and cooking blog, from the national bestselling author of the Cranberry Cove Mysteries.

On her blog, The Farmer’s Daughter, Shelby McDonald is growing her audience as she posts recipes, gardening tips, and her experiences raising two kids and running Love Blossom Farm in the small western Michigan town of Lovett.

Working the farm is demanding but peaceful—until that peace is shattered when the minister’s wife is murdered on Shelby’s property during a fund-raiser for a local church. But the manure really hits the fan when Shelby’s good friend veterinarian Kelly Thacker emerges as the prime suspect. Shelby decides to dig in and find the murderer by herself. As more suspects crop up, she’ll have to move fast—before someone else buys the farm. . . .

Living in the Midwest, I enjoy reading cozies that take place in the area, so finding a new series that takes place in Michigan, was definitely one I was going to be checking out. I saw a lot of potential with the series, but unfortunately the first book didn’t really wow me.

Shelby’s friend, Bertha, and Shelby’s daughter were very well developed characters, but not so much the rest of them. And for me, when the main character isn’t one of the best developed, I have a problem getting into the series, since they are mainly the ones that it is supposed to be about.

I did really enjoy Bertha, or Bert, though. She was constantly over at the farm house helping with preserving food, doing chores, and watching the kids. Without her, there is no way Shelby would have been able to run around trying to solve the mystery.

And while Shelby was elsewhere, her 12 year old daughter, was basically running around unsupervised. Once Shelby realized this, and basically did nothing about it, that situation really turned me off. I imagine Cochran added this to the story, to show camaraderie with readers who are having difficulties with their own children.

As for the mystery itself, it was pretty easy to solve, even though Cochran laid out numerous red herrings. While I really do appreciate a harder mystery to solve, I can look past it, as long as the characters engage me.

This is not one that I am going to say you need to rush out to read. If you’re feeling adventurous, and want to try a new series, or really enjoy Cochran’s Cranberry Cove Mystery series, then you may want to give this one a try.