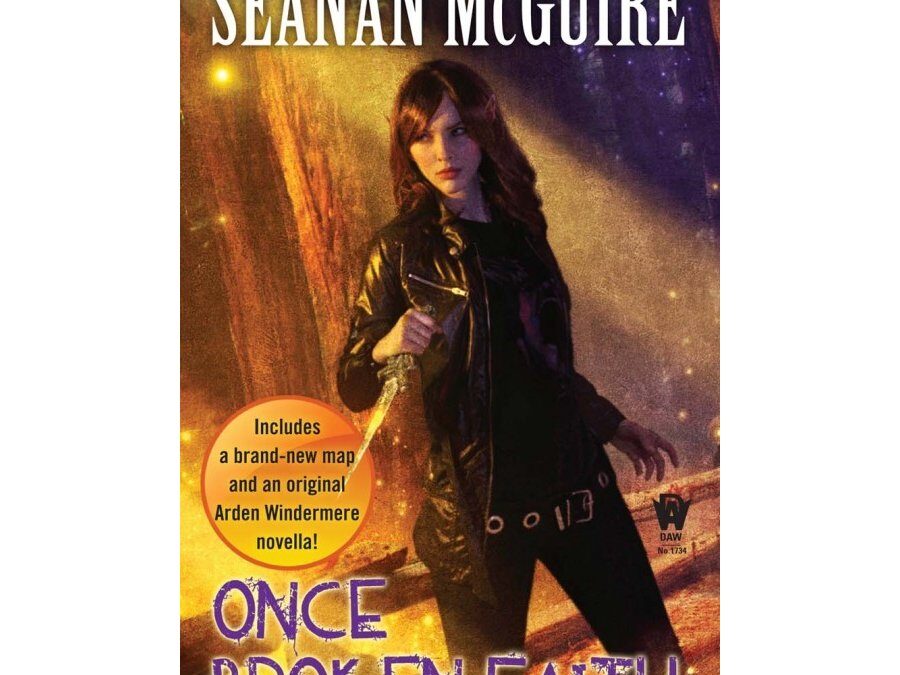 Politics have never been October “Toby” Daye’s strong suit. When she traveled to the Kingdom of Silences to prevent them from going to war with her home, the Kingdom of the Mists, she wasn’t expecting to return with a cure for elf-shot and a whole new set of political headaches.

Now the events she unwittingly set in motion could change the balance of modern Faerie forever, and she has been ordered to appear before a historic convocation of monarchs, hosted by Queen Windermere in the Mists and overseen by the High King and Queen themselves.

Naturally, things have barely gotten underway when the first dead body shows up. As the only changeling in attendance, Toby is already the target of suspicion and hostility. Now she needs to find a killer before they can strike again—and with the doors locked to keep the guilty from escaping, no one is safe.

A few weeks ago I was talking with someone about this series and the Kate Daniels series by Ilona Andrews, singing high praises for both. But, (you knew that was coming), book 10 of the October Daye series, while still good, seems to have the character development stalled.

While this book was still enjoyable, it felt like much of the same, and things really need to change. Toby is still not getting any respect, even though she’s felled royalty and raised others to the crown. I’m not saying everyone needs to bow to her, but at the end of this book when the king and queen have to dole out punishment to her, they decide to keep everything the same. The Same. As in no new development.

If Toby continues to be a knight of a minor household and nothing more, how will she get any respect? And how can she do anything more than get hurt really badly, only to go to the sea witch for help, and be perfectly fine. Although in this book, there was a hint that the sea witch might be collecting on some of Toby’s debts soon.

While Toby seems stalled to me, we did see more advancement with Karen and the Luidaeg, and a smidge more with Toby’s squire, Quentin. And the novella with Arden, not only wraps up the main story, but we get to learn more about the sea witch, which was a great finishing touch.