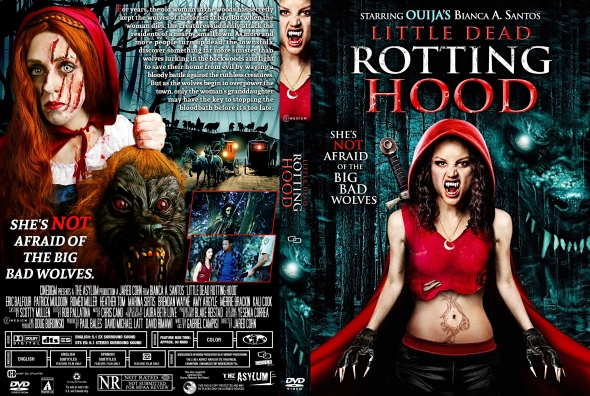 The residents of a small town discover that something more sinister than killer wolves is lurking in the backwoods: first the wolves start turning up dead…then people.

I was flipping through Netflix, and saw that Eric Balfour was in this movie, since I have enjoyed everything I’ve seen him in, I decided to give this one a watch. If you are afraid of dogs (that were supposed to be wolves), you will probably not like this one. For the most part, when they were attacking, it actually looked real. And when they showed their teeth and were snarling/growling, yea, that could freak someone out with a dog phobia.

The acting was pretty good, and the storyline was believable (for a horror movie). The gore was also decent, nothing really extravagant. The one part that I didn’t feel was needed for the movie was to have the sheriff’s kids come to town. Nothing much happened to them that added to the movie. They didn’t get kidnapped or killed, and the one scene that involved the girl and a wolf, really didn’t add anything.

When the monster wolf changed back to human, the transformation was pretty cool. You could see the multiple teats, which I don’t really remember often seeing on other werewolf movies. If you enjoy werewolf movies, I would say to give this one a watch.