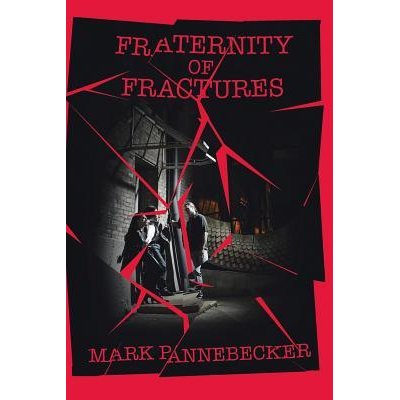 Phoenix and Justin Sunder are master cat burglars and best friends until Dylan Panicosky enters their circle of hedonism and crime. Set in the blighted city of St. Louis in the ’80s, Fraternity of Fractures is a love triangle played out in an urban setting full of nocturnal decadence and danger, with all the players fractured in their own way.

So many of the books I read are of a particular genre. It’s not often that I read a piece of fiction, something that takes a brief glimpse into the character’s life, and doesn’t continue on in a series. Pannebecker does a fantastic job fully developing all of the three main characters, and even many of the secondary. This was a refreshing change for me since I often learn more about characters over many books in the Cozy, Fantasy or Science Fiction series that I read.

While this book was very heavily character driven, the action was minimal, since you are mainly reading about the character’s day to day life over a period of time. It still made for an interesting story though. I kept reading because I wanted to see where each of their lives would lead.

And Pannebecker wrote the bar scene of a Midwest city so well, I wonder if he, or people he knew, were part of it back in the 80’s. Since political correctness wasn’t a thing then, some of the scenes could be a bit mature for some people. Although for me, some of the conversations were very similar to ones my friends and I have had.

This book is a very realistic portrayal of people who don’t work the traditional 9 to 5, and are trying to do the best they can in a rough situation. Along with a lot of soul searching and the consequences of all the decisions that are made over a lifetime.