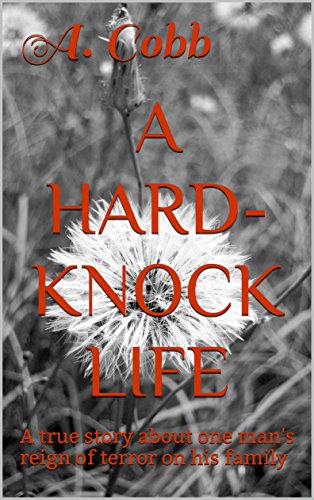 A monster lurks behind closed doors, And the family who lives with it has to suffer under its terrifying gaze. But this monster doesn’t have claws and hide under your bed, This monster walks around during the day and shockingly looks like a man. And that man is husband and a father to the family that he torments.

A heartbreaking story about everyday life as a family suffers from the abuse, His daughters feel they are unwanted and a wife who’s taken for granted as they are attacked. But no matter how much the monster tries to break these women he won’t succeed. They endure his rampages because they are survivors.

I always feel bad when I give a book three or less stars, because I realize how hard it is to write something and share it with the world. And since this book was written by a person who survived abuse, it was even harder.

It was a personal look into poor communities in rural America, unfortunately it’s a tale that happens way too often in this country.

The story was written well chronologically, and was easy to follow in that regard. But many of the sentences were run-ons, making this book very difficult to read. I found myself having to re-read quite a few of them, just to get the concept.

I think if Cobb were to have someone help her edit this book, and if she expounded upon some of the things that happened, this book could be a good read.