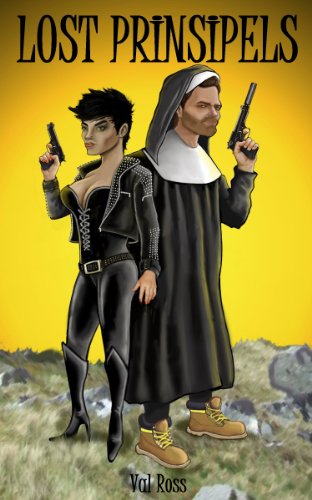 When the Grand Master recalls Albia’s best agent from active service and appoints her Vice Principal of the Academy, she’s convinced he has an ulterior motive. He does, but it’s not what she thinks. Someone’s trying to kill her, and the Grand Master wants her safe at home in Veridurum; she is his daughter, after all.

Academy Principal Fergal O’Connor is a man with a mission. He’d rather not have it, being already fully occupied with undergraduate spies, an unbalanced colleague, unobtainable stationery and unsavoury drains. Now he has a secret to keep; he must protect someone, who mustn’t know he’s doing it, from something she mustn’t find out about. Fortunately (or perhaps not) the Grand Master has a plan.

It could be worse. With five, very physical assignments to complete in less than three weeks, trainee “diplomat” Edwin Harrington has almost given up hope of passing his first term at the Academy. What he needs is a miracle. What he gets is Gothic Boris. And, unfortunately (or perhaps not) Gothic Boris has a plan.

This book is crazy! But in an awesome way. If you are a fan of Terry Pratchett, Douglas Adams or Jasper Fforde, then you should give this book a read.

There is so much going on in the story, that I really had to focus, but I know I still missed details. This is a book that I could see picking up something (or many somethings) every time it is reread, just like one of Terry Pratchett’s books.

Ross does a fantastic job creating unique characters, and really fleshing them out. This fantasy world is filled with tons of screwball characters that will have you laughing out loud.

If word gets out to people, and Ross becomes famous, I could see her getting a cult following just like Adams and Pratchett! With so much crap going on in the world, you need to immerse yourself in this story, and forget about the world for awhile.