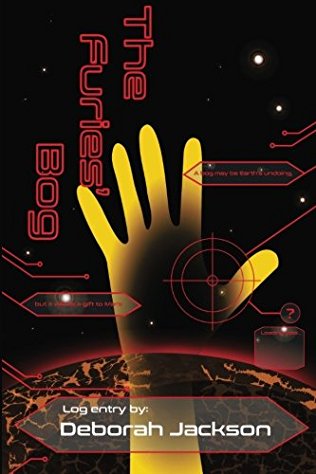 A bog may be Earth’s undoing, but it will be a gift to Mars.

Digging up bog bodies and analyzing corpses are the last things archaeology graduate student Felicity Cratchett wants to do. And when unusual mummies are discovered in the subpolar region of Polar Bear Provincial Park, it’s the last place she wants to go. But since her faculty advisor insists that she log more hours in fieldwork, she has little choice. In a remote bog with a small team of scientists, Felicity unearths the greatest secret of our time—a secret with ties to ancient Rome, roots in Botswana, and a link to the first people to exercise abstract thought. This revelation will challenge the conventional theory of human origins and human evolution.

Meanwhile, astronaut Lucas Wilson, a man tormented with a deep-seated anger, is terraforming Mars. He reluctantly descends to the Red Planet’s surface with his fellow astronauts, preparing to direct their exploration. Mars, in its birth pangs, will challenge every step he takes, with gas explosions and raging rivers, with damaged fuel processors and limited oxygen supplies. In the midst of these disasters, Lucas must keep his companions from discovering a feat of genetic engineering that will transform Mars like nothing has in over a billion years. The double helix of this masterwork twists all the way back to Earth and Felicity’s mummies. But if he fails, Lucas must decide whether to take up Mars’s sword, or to cast the weapon into a bog.

This book was amazing! Deborah Jackson spent five years writing and researching this book, as well as went back to college to learn more about genetics. She went Back. To. School. That is some real dedication, and it completely shows in her writing.

Furies’ Bog is a fast paced Science Fiction Thriller combined with a Historical Mystery. A combination of Michael Crichton, Steve Berry, and Dan Brown, three authors I enjoy very much.

There are basically three story lines, including one on Mars, that intertwine and come together at the end perfectly. At first, I wouldn’t say I was confused with the Mars story, I just kept trying to figure out how is was going to coincide with the other two. I kept thinking the people on Mars were going to actually be what came of the people on Earth. Or maybe, they put the bog people on our planet, but I was completely wrong in the direction that Jackson took the story.

Jackson gives the reader so much scientific and historical information about bog people, other cultures here on earth, and about Mars. But she doesn’t in a way that isn’t dry and makes for very interesting reading. Jackson knows how to write a Thriller, since I found myself try to read faster and faster to see what would happen next. After you finish reading this review, you need to buy a copy of this book.