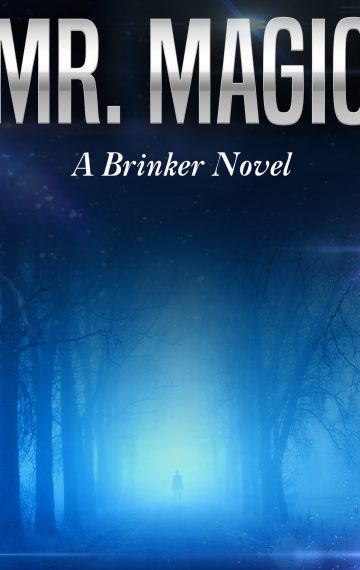 Brinker’s back. Can the advertising world survive? Brinker has lost his magic. The agency’s CEO wants him to ace the competition. His former girlfriend wants him in detox. And as rival advertising executives disappear, an ambitious state trooper wants him in jail. If this keeps up, the PR whiz who turned a serial killer into a national brand may have to vanish himself.

Throw in toxic waste, a nude car wash and a gun-toting presidential candidate and the czar of PR will have to spin some potent magic to escape the snare of sex, lies and greed that threatens to destroy his job, his sanity and the love of his life. From the author of Mr. Mayhem and the CW McCoy series of crime novels comes Mr. Magic, the second outing for Brinker, the defrocked journalist famous for sex, satire and PR events that push the boundaries of legality and taste.

This book was a crazy ride. It is so fast paced that you breeze through it, but to do so, would be a disservice to yourself and the story. There is so much nuance in the story that I had to slow down and actually think about what I was reading.

While the story has lots of action, with one crazy thing happening after another, there is not a lot of chance for character development. To me, Buddha, Brinker’s muscle, was the most interesting. While breaking kneecaps was one aspect to him, he also seemed to be an enlightened human being.

If you enjoy a fast paced thriller, mixed with a detective noir story, and a dash of a male Stephanie Plum, this would be perfect for you.