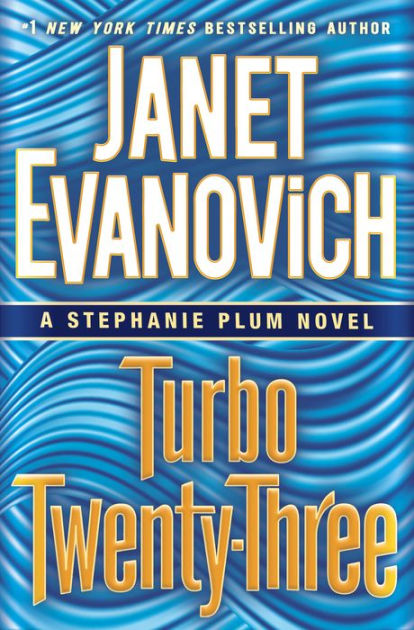 Larry Virgil skipped out on his latest court date after he was arrested for hijacking an eighteen-wheeler full of premium bourbon. Fortunately for bounty hunter Stephanie Plum, Larry is just stupid enough to attempt almost the exact same crime again. Only this time he flees the scene, leaving behind a freezer truck loaded with Bogart ice cream and a dead body—frozen solid and covered in chocolate and chopped pecans.

As fate would have it, Stephanie’s mentor and occasional employer, Ranger, needs her to go undercover at the Bogart factory to find out who’s putting their employees on ice and sabotaging the business. It’s going to be hard for Stephanie to keep her hands off all that ice cream, and even harder for her to keep her hands off Ranger. It’s also going to be hard to explain to Trenton’s hottest cop, Joe Morelli, why she is spending late nights with Ranger, late nights with Lula and Randy Briggs—who are naked and afraid—and late nights keeping tabs on Grandma Mazur and her new fella. Stephanie Plum has a lot on her plate, but for a girl who claims to have “virtually no marketable skills,” these are the kinds of sweet assignments she does best.

This is the last one I will read, I swear. These books are edited well, and if you’ve read the series from the beginning, you know the characters are developed. And I completely understand this is a formulaic book. The reason I kept reading was because they would make me laugh, much more so the first 13 books. And I wanted to see how the love triangle would end.

But with this book I didn’t laugh at all, and it seems that Stephanie has realized Joe will never commit. And she can do whatever she wants with Ranger, because she doesn’t need to worry what Joe will think. Grandma Mazur and Lula didn’t even do anything to make me smile in this one.

I had some hope left after reading Tricky Twenty-Two, that perhaps Evanovich was stepping up her game again (read review here), but that was not the case. I think even the font size was bigger to make the book look fuller.

For all of you who still enjoy this series, that is wonderful. I wish I did, but there are way too many other books out there to be wasting my time reading these.