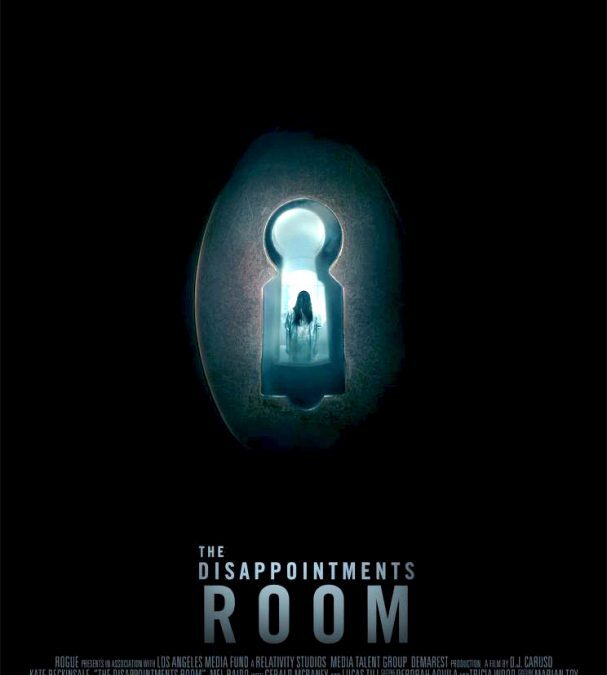 The story of one family’s terror-filled encounter within their own home. Looking for a fresh start, Dana (Kate Beckinsale) and David (Mel Raido), together with their 5-year-old son, move into a beautiful old rural home that was everything they dreamed for their young family. Hidden within the attic was a secret room. When frightening and unexplainable events lead Dana to discover the long lost key to this room, she accidentally unlocks a host of unimaginable horrors that reveal the house’s past is terrifyingly tied with her own.

The Disappointments Room, was a disappointment. Yup, I went there. While I thought this movie was supposed to be a gothic horror, I found it to be more of a thriller, and not very thrilling. I think the biggest problem was that too early on it was apparent what happened up in the room, so it didn’t leave you guessing until almost the end of the movie.

Kate Beckinsale did a good job reliving the trauma she had previously experienced, and at times, I did question if she really was losing her mind. But after 45 minutes or so, it was just people moving around the house. I watched it until the end just to see if there was a surprise twist, but there wasn’t. And even the very end, where the bad guy pops up so there can be a sequel, was completely boring.