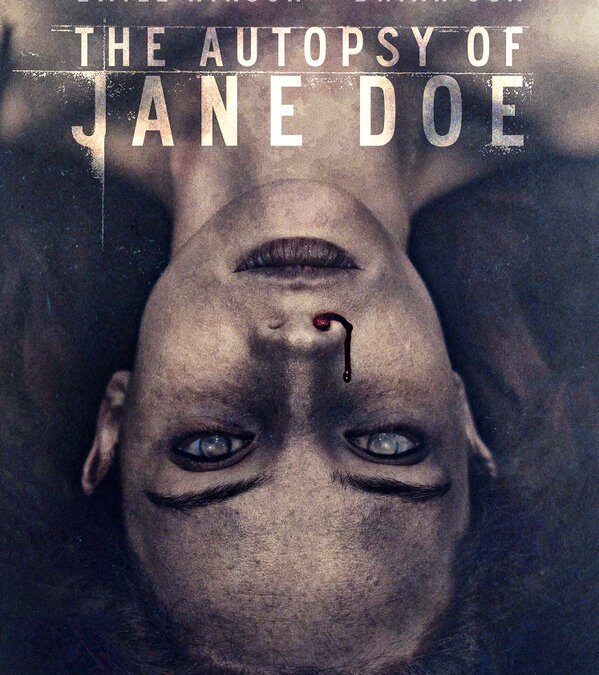 Coroners are mystified by an unidentified corpse until a series of terrifying events make it clear: Jane Doe may not be dead.

Maybe I had too high of hopes for this film, having seen it advertised all over my Facebook feed for numerous weeks. Hearing the rave reviews made me want to check it out. So great job marketing people.

Or maybe I’ve just watched too many horror movies. Or maybe what Jane Doe turns out to be just happens to be my favorite subject to read and watch movies about, so I saw the clues early on. Whatever the case, I just wasn’t as wowed as other people seem to be.

There were definitely creepy parts, such as when things opened in the morgue. And at times the atmosphere of the basement did feel sinister. A lot of the cinematography was done beautifully, but I need to have a good story to go along with all the pretties.

I had no problem with Jane Doe being naked on the table almost the entire movie, but after about a half an hour, I kept thinking, that actress has to be so cold. Not something you want to be continually thinking about while watching a movie.

I wouldn’t say rush to watch it, but if you’re really curious as to what all the fuss is about, then give it a go.