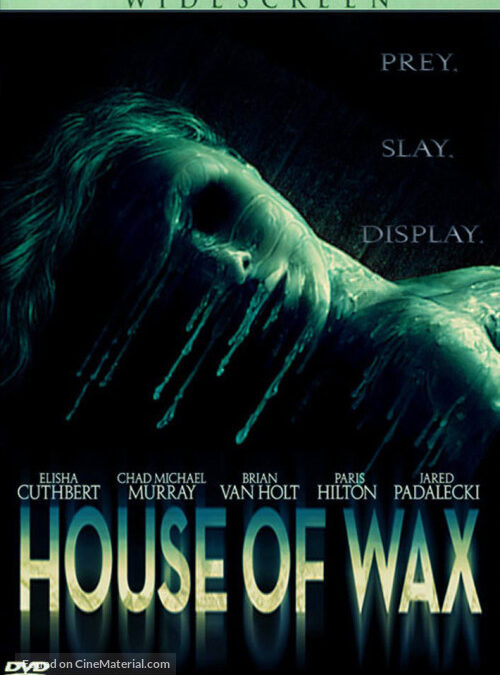 A group of friends on their way to a college football game falls prey to a pair of murderous brothers in an abandoned small town. The friends discover that the psychotic siblings have expanded the area’s main attraction–the House of Wax–and created an entire town filled with the wax-coated corpses of unlucky visitors. Now the group must find a way out before its members also become permanent exhibits in the House of Wax. Remake of the Warner Bros. horror classic, which was the first release of a 3-D film by a major studio.

After watching #Horror, I needed to watch something good, so I was flipping around Netflix, and saw that Jared Padalecki was in this one. I had watched it when it first came out on DVD, but I didn’t remember him being in it at all. I enjoy Supernatural, and remembered that I liked this movie, so I gave it another watch.

There is something really creepy about wax museums, at least to me. I watched Waxwork when I was a teenager, and it was one of the horror movies that has really stuck with me. While that one had the displays come alive, House of Wax just has crazy people encasing people in wax. No, nothing disturbing about that at all.

Even as a second watch, and knowing the premise of the movie, I still enjoyed it. I do remember when I saw it the first time I enjoyed the twist ¾ through the movie, and right at the end. How it ends did lend itself to a sequel, although it would have to be in a different museum.

House of Wax includes all the goodies that one looks for in a slasher; lots of people getting killed in weird ways, gratuitous sex scenes, and a crazy psycho that slowly stalks his victims, but still manages to catch up to them. I also got a bit of a Psycho (the movie) vibe off of this one. I think with the quiet, creepiness of the town, and the woman who peeks out the window.