Get Out : Movie Review 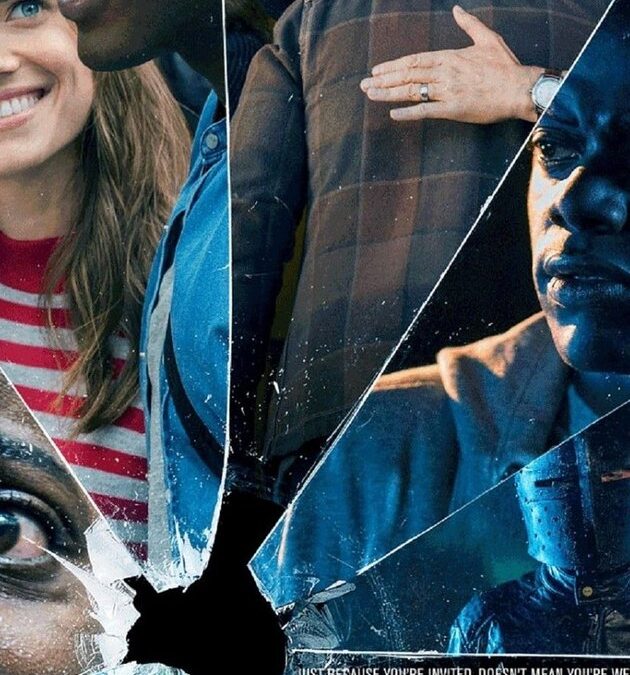 Now that Chris (Daniel Kaluuya) and his girlfriend, Rose (Allison Williams), have reached the meet-the-parents milestone of dating, she invites him for a weekend getaway upstate with Missy and Dean. At first, Chris reads the family’s overly accommodating behavior as nervous attempts to deal with their daughter’s interracial relationship, but as the weekend progresses, a series of increasingly disturbing discoveries lead him to a truth that he never could have imagined.

I wanted to give this movie five stars, and I wanted to love it because every moment was excellent. But as you can see with the four star rating, I just couldn’t. I still want everyone to see this movie in the theater, because movies like this need to make more money so the studios can see that people want more movies like this. But I want this movie to be even better, like I thought it was going to be.

So why couldn’t I give it five stars? The biggest reason is I felt it dumbed itself down. To me this film was taking a big chance that is rarely done in movies today, especially horror-esque ones. Not only talking about the race issue, but showing the horrific feelings and realities that people face every day.

And then along comes the scene in the bathroom after the mainly white, old people party, where Rose and Chris are getting ready for bed. Rose mentions every racist thing that the people did at the party. And Chris just says, “Yup.”, because what else can he say. He deals with it regularly. So the reason it stood out to me so much was because the racist people (if they were even to go and see it), wouldn’t even think twice about what Rose is reiterating, and the people who do think about racism already, are aware that the things that were done and said to Chris should not be done.

As far as the Sci-Fi aspect to this movie, it had a bit of a cheesiness to it, which worked for the most part as a tension reliever. I’m referring to the end when Chris is in the basement watching TV.

And the horror doesn’t really present itself until the last half hour of the movie. Except for the couple of jump scares earlier. In regards to the some of the horror towards the end, when Dean is downstairs in the workroom, and there are candles lit, I understood this to be part of a ritual, but I would have thought by now that there would be new and better ways to do things. I’m torn on that though. I understand the message to be that some still think racism was something that happened years ago, so keeping the basement in the past fit, but I would have also seen it more modern.

If you go in not reading any spoilers, I think most people will be surprised at how it unfolds. And Jordan Peele left the perfect amount of clues, that if you really think about it, you can probably figure out what is happening early on.

If you do watch it spoiler free, I think going back to watch it again is also a good idea, because you can focus more on the actor’s nuances, and focus more on looking for the double and triple meanings in some of the scenes.

Even with the four star rating, and some of my comments, I really do think you should see this movie. Go to the theater now and watch it, then watch it again on DVD when you’ve had time to digest it, and like I mentioned in the previous paragraph, you can look for deeper meanings in the scenes.