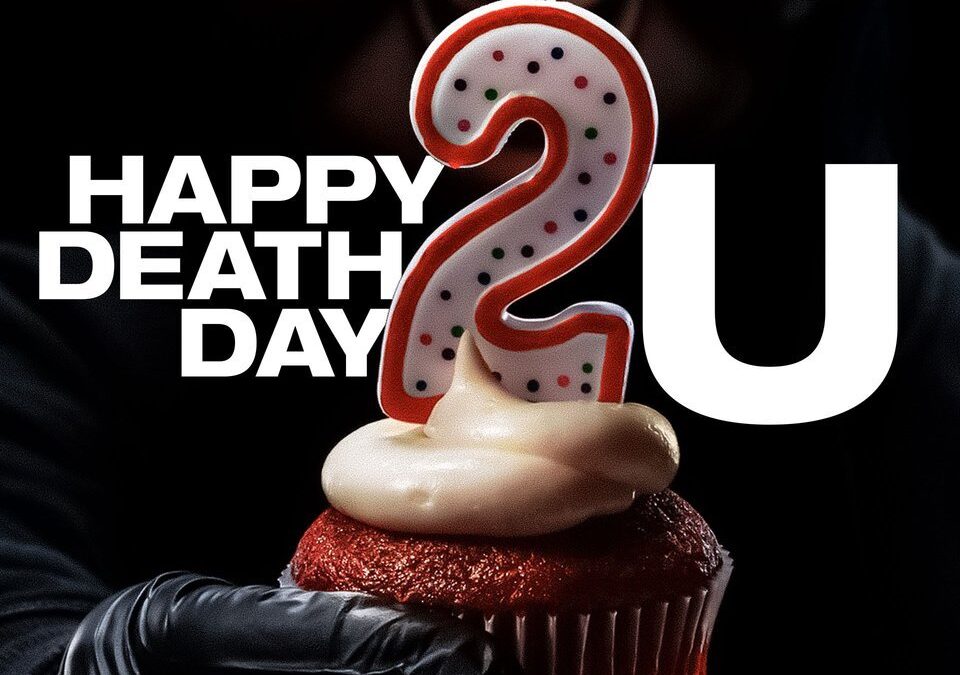 “Collegian, Tree Gelbman, wakes up in horror, only to learn that she’s stuck in a parallel universe. Her boyfriend, Carter, is now with someone else, and her friends seem to be completely different versions of themselves. When Tree discovers that Carter’s roommate has been altering time, she finds herself, once again, the target of a masked killer. When the psycho starts to go after her inner circle, Tree soon realizes she must die over and over again to save everyone.”

Having really enjoyed the first movie in this series, I was pleased to find this one just as enjoyable. But besides the Horror, Mystery, and Comedy in Happy Death Day, the sequel also includes elements of Sci-Fi.

Jessica Rothe, who plays Tree, is amazing. In the first movie, when she keeps reliving the day, she was so amusing in pulling off the same scene over and over again. And to not only be able to do that in the first movie, while keeping it fresh, but to accomplish that in the second one, as well, shows off her great acting skills.

The mystery was enjoyable, especially how you get thrown for a loop right away. But if you watch closely, there are pretty blatant clues left for you to figure out the killer early on. But what’s great about this movie is even if you don’t figure out the killer, it’s still a fun ride. It did remind me of a particular movie series, in regards to the killer, so that was an enjoyable nod. I don’t want to say which one, because I wouldn’t want to spoil it for you.

If you’re looking for a straight up horror movie, you may be disappointed since there were not a lot of death scenes. And the ones that did happen were not super graphic.

If they make a third one, I will definitely be watching it.