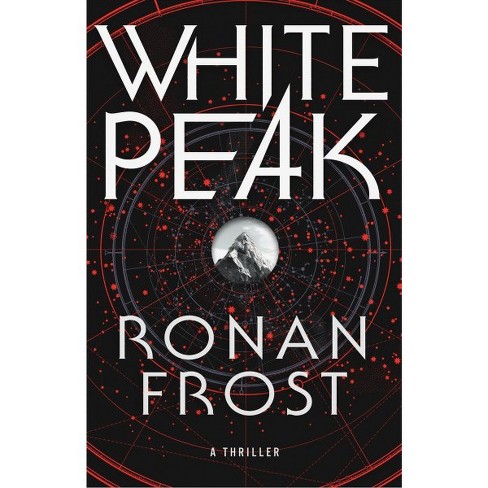 Greg Rask, a dying tech billionaire, has invested millions chasing miracle cures. None of them are worth a damn, but he refuses to give up. Now, he’s gathering a team willing to go to the ends of the earth chasing life.

Each of Rask’s crew has beaten incredible odds to rise from the ashes of their old lives to where they are now. Together, their next task is to retrieve a painting that is believed to hide a map which, if genuine, marks it as a treasure of the Ahnenerbe, the occult wing of the SS, who had devoted dozens of expeditions in search of the three cintamani stones for their combined properties, and the lost city where they were rumored to lay hidden: Shambhala. But a mystical brotherhood sworn to protect the secrets of the ancients—the same secrets that allow its members to defy death—will stop at nothing to ensure that Rask’s crew fail.

In an adrenalin-pumping quest through some of the most savage terrains known to man, the crew will be pushed to the limits of endurance and beyond.”

The first chapter gets your heart pumping, and the action is non-stop after that. Ronan Frost (aka Steven Savile) shows, once again, that his a master of his craft. White Peak reminds me of books written by Steve Berry or Dan Brown, the way historical fact is combined with religion and mysticism, is a great combination to me.

If you are a surface climber, or want to learn about this subject, that will be an additional bonus to your enjoyment of this book. I did think it was interesting, but after a bit, I will admit I did skim some. Especially when Frost was writing long equipment lists, or after a solid page or two of the climbing descriptions, because I wanted to get back to the action!

As far as character development, Frost did a great job, giving just enough to entice me in this book to want to learn more about the crew in, what is sure to be, a sequel. Some of the characters were more developed than others, but for a thriller, I have come to expect it.

The scenery and world building is where Frost really shined. The descriptions were so detailed in many spots that I felt as if I was actually there. And it made me want to travel more, to visit some of these locales. I don’t know if he’s actually ever been to some of these places, but Frost sure knows how to write like he has.

The one thing that I have to mention is the genre classification of Thriller. It definitely was a Thriller, but I would also classify it as Sci-Fi. I can understand the publishing company perhaps shying away from this for marketing reasons, since some people refuse to read Science Fiction. But I was really surprised when the book turned that direction, especially if you read the jacket blurb. I could see readers thinking there might be Supernatural or Mystical elements after reading the jacket cover, but not Sci-Fi. I still enjoyed it though, especially since I read Sci-Fi.

I highly recommend White Peak, and will pick up book two if this continues into a series.

Ronan Frost worked for the British Ministry of Defence where he was a liaison with intelligence operatives working behind the Iron Curtain during the last year of the Cold War. During the first Gulf War, he worked with the Royal Navy. And then, he developed a plan with economic experts for the rationalization and centralization of the British Royal Navy which was presented to the House of Commons. Now retired from that life, he lives in Europe with his wife and dog. White Peak is Ronan Frost’s first novel.

What, What?!? A Bonus Excerpt to make you realize you NEED this book. Click here to purchase.

Ryerson McKenna listened to his wife’s death on the telephone.

He fed another quarter into the slot. The radio was playing his favorite song. No one in the roadside diner said a word. They all stared at him.

He pressed the phone against his ear. “Rye? Rye? Can you hear me?”

“I’m still here,” he said, then cupped his hand over the mouth- piece to yell at the waitress behind the counter, “I need coins. Quickly. Please.”

On the screen above her head the words active shooter scrolled across the aerial shot of the black smoke and Sheridan Meadows shopping mall where less than five minutes ago the shooter had rammed a truck through the plate glass windows of the anchor store and kept on driving right into the heart of the perfume de- partment. The smoke was more than just the settling of debris; the truck, with a beer company logo on the side, had been carrying a crude fertilizer bomb that had detonated less than sixty seconds after the engine died, barely giving the driver time to get free of the vehicle and start shooting his way clear.

Ryerson was down to three bucks in change, enough to keep the line alive for less than two minutes at the rate the pay phone was eating through the coins.

He pushed it all into the slot.

He couldn’t afford to let the connection die. The cell phone networks were overloaded. No other calls were getting through. If the line dropped, he lost contact with Hannah. It was as simple as that.

Three gunshots in rapid succession punctuated his next words. “I’m going to get you out of there, Hannah, I promise.” It was a stupid thing to promise, but he needed her to believe him. This was what he did for other people; he could do it for her. “Just stay with me, okay?”

You know you want to get yourself a copy! Click here to purchase and get reading.