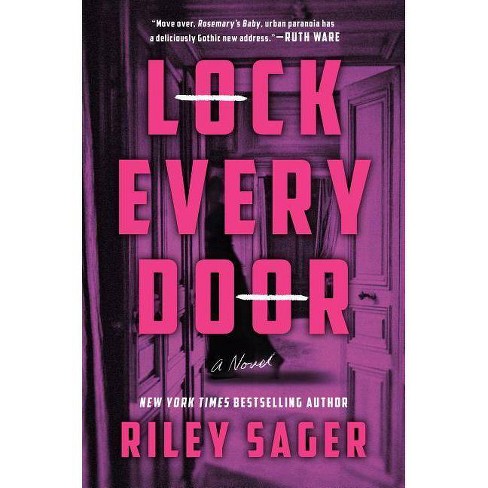 “No visitors. No nights spent away from the apartment. No disturbing the other residents, all of whom are rich or famous or both. These are the only rules for Jules Larsen’s new job as an apartment sitter at the Bartholomew, one of Manhattan’s most high-profile and mysterious buildings. Recently heartbroken and just plain broke, Jules is taken in by the splendor of her surroundings and accepts the terms, ready to leave her past life behind.

As she gets to know the residents and staff of the Bartholomew, Jules finds herself drawn to fellow apartment sitter Ingrid, who comfortingly reminds her of the sister she lost eight years ago. When Ingrid confides that the Bartholomew is not what it seems and the dark history hidden beneath its gleaming facade is starting to frighten her, Jules brushes it off as a harmless ghost story . . . until the next day, when Ingrid disappears.

Searching for the truth about Ingrid’s disappearance, Jules digs deeper into the Bartholomew’s sordid past and into the secrets kept within its walls. What she discovers pits Jules against the clock as she races to unmask a killer, expose the building’s hidden past, and escape the Bartholomew before her temporary status becomes permanent.” Amazon

I read this book in one day because I wasn’t able to put it down, wanted to see what would happen next!

When I saw that Lock Every Door was dedicated to Ira Levin, I knew I was in for a twisty, Gothic ride. If you’ve never seen Rosemary’s Baby, do yourself a favor, read the book and then watch the movie. Both are fantastic.

While I was reading and taking notes for the July 8th podcast on Books Don’t Review Themselves, I was writing down all the weird interview questions, and how I thought they would come back later in the book. Along with notes like, Getting paid in cash equals no paper trail. Do you have next of kin? No? Great! Easier to do what we will with you and no one will come looking.

There are many things I enjoyed about the book, but the one thing that I loved was how Riley Sager had Jules’ best friend, Chloe, question the decision to move into the Bartholomew, with all the red flags that popped up during the interview process. I’ve read other books where no one questions anything until it’s too late. But between Chloe being skeptical, and the book mainly taking place over six days, it was completely believable that this could happen.

I was concerned that Jules was going to be the tragic heroine since she ignored Chloe’s warning, but Jules quickly began to question things too. And that’s where the real fun began.

Trying to piece together the mystery along with her. I saw many things coming, and it was cool when I found out I was right. Now if this would have happened through the entire book, I would be giving it less stars, because I don’t want to be able to guess everything. But I thought the ending was going one way, and it took a complete turn. With this twist at the end, it cemented my enjoyment for Lock Every Door.

I highly recommend this book, especially if you enjoy Gothic books or horror movies. Or if you  like a fast-paced thriller that will keep you guessing.