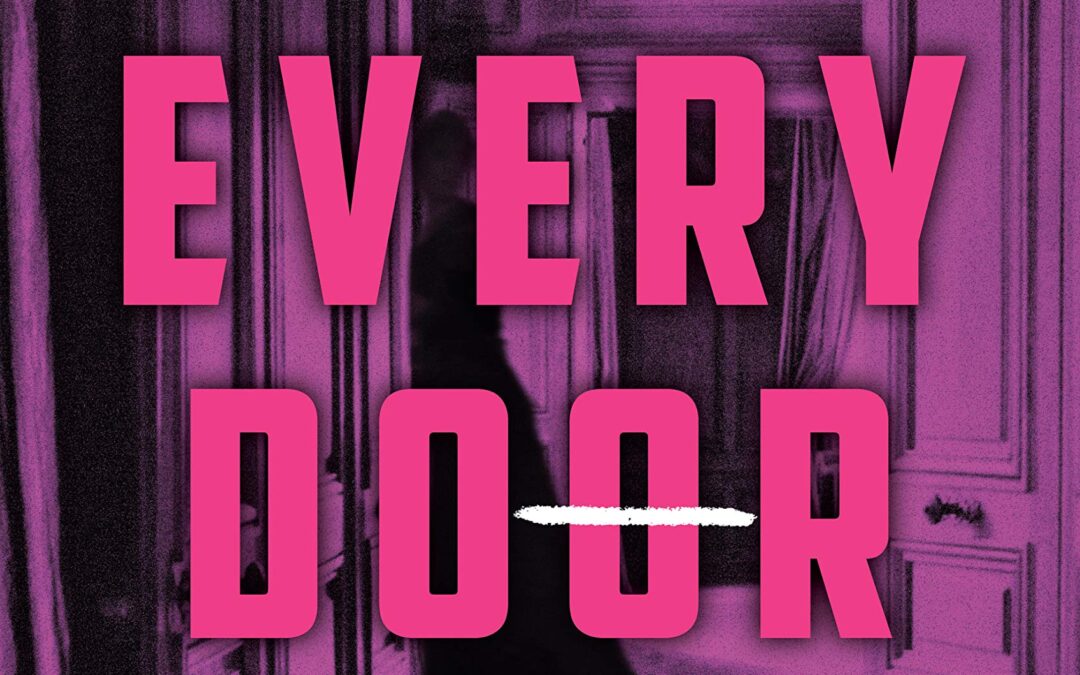 “No visitors. No nights spent away from the apartment. No disturbing the other residents, all of whom are rich or famous or both. These are the only rules for Jules Larsen’s new job as an apartment sitter at the Bartholomew, one of Manhattan’s most high-profile and mysterious buildings. Recently heartbroken and just plain broke, Jules is taken in by the splendor of her surroundings and accepts the terms, ready to leave her past life behind.

As she gets to know the residents and staff of the Bartholomew, Jules finds herself drawn to fellow apartment sitter Ingrid, who comfortingly reminds her of the sister she lost eight years ago. When Ingrid confides that the Bartholomew is not what it seems and the dark history hidden beneath its gleaming facade is starting to frighten her, Jules brushes it off as a harmless ghost story . . . until the next day, when Ingrid disappears.

Searching for the truth about Ingrid’s disappearance, Jules digs deeper into the Bartholomew’s sordid past and into the secrets kept within its walls. What she discovers pits Jules against the clock as she races to unmask a killer, expose the building’s hidden past, and escape the Bartholomew before her temporary status becomes permanent.” Amazon

First things first, let’s get it out of the way. This book was absolutely phenomenal! When I finished the last page all I wanted to do was talk about it! I also finished this book at about 7 PM and going to sleep a few hours later was not appealing.

There are so many reasons why I loved this book and I’m not even sure where to begin!

I felt like this book was a quick read. It is 381 pages, so it isn’t small by any means, but the way it was written it keeps your attention superbly. I wouldn’t say I was in suspense the whole time, but towards the end, I almost needed a paper bag to breathe into. You know that feeling you get when you are in a haunted house and you are walking towards something but you aren’t really sure what is going to jump out at you? It was like that towards the end. I had to stop myself from skimming because I wanted to know what happens next. I should also note that I really enjoyed the writing style and I think it is fair to say it contributed to creating that feeling of suspense. The book starts by switching chapters such as “Now” which is italicized and “6 Days Earlier, 5 Days Earlier, etc.” Later, it switches from “Now” and “4 Days Later, etc.”

The characters were very well developed and in my opinion, I was really pleased with Jules and her perseverance.  As a matter of fact, my FAVORITE quote in the entire book came from Jules at the end:

“After she received multiple life sentences, I sent her a list of rules she needed to follow in prison. At the top was this: No nights spent away from your cell.”

I know that doesn’t pack the same punch as it does in the book, but I promise when you read it in the correct context of the book, you too will giggle and think of some expletives.

I wish I could go more in-depth about the characters, but I feel like any short, abbreviated explanation wouldn’t do any of them justice. The little I will say is in regards to the basic outline of the book. Jules is from a small, dying town. Her parents are dead and her sister Jane is missing. Jules and Jane grew up idolizing a book that details the Bartholomew in Manhattan. The Bartholomew is known as a gothic style apartment building occupied by gargoyles, wealthy tenants, and a long history of strange happenings. That said, Jules ends up at the Bartholomew and the rest is a winding road that I will allow Mr. Sager to detail.

So, the best way for me to end this review is with a quote from myself; “After she finished this book, she wrote a review with a list of details she wanted future readers to know. At the top was this: “This book was phenomenal, go read it right this second.”