A Study in Murder by Debra Snow and Arjay Lewis : Book Review 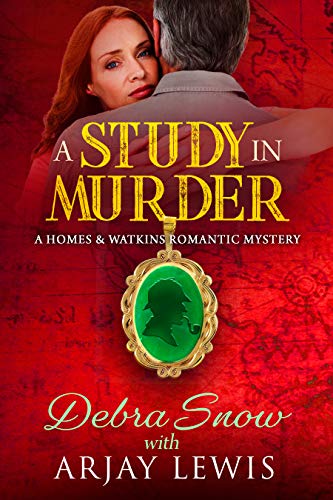 “Widower Mark Watkins and divorcee Sheryl Homes have written successful books featuring the great detective, Sherlock Holmes, and are fans of each other’s work. When the pair finally meet at a mystery conference, they argue and create a scene.

However, when Homes’s ex-husband is murdered, they are both brought in for questioning and Mark is a suspect. They decide to work together using Holmesian techniques to solve the crime. But, as the body count rises, the writers end up deeper in trouble with no solution in sight. They also discover a mutual attraction and sparks begin to fly.

Can they find the killer and stay out of jail? Is their new found passion for each other real and lasting?” Amazon

I’ve read so many different incarnations of Sherlock Holmes, from the original to A Study in Honor by Claire O’Dell (which has Holmes and Watson as black lesbians), so, of course, I figured I would give this one a read.

It wasn’t horrible, but there were two major things that I can’t get over enough where I will be reading any more of these in the future.

The other part was, for anyone who has ever done panels at a conference, you know it is hectic. Not only is one of the main characters doing panels, but they both are, and they are doing numerous ones. If this book’s timeline was over the span of a week, the amount of time they spent not at the conference or looking for clues would have made sense. But it was just a weekend, and there was no way there was enough time for them to do this.

Now I know this is completely nit-picky. And for most readers they won’t even notice. But for me it was a huge sticking point.

The mystery itself was good, if a little rushed at the end. There were a decent amount of red herrings. The dialogue was fine. There could have been a bit more character development, but this is the first book in the series, so they have future ones to do this in.

Others seemed to have enjoyed it, so you may too, but it’s just not for me.