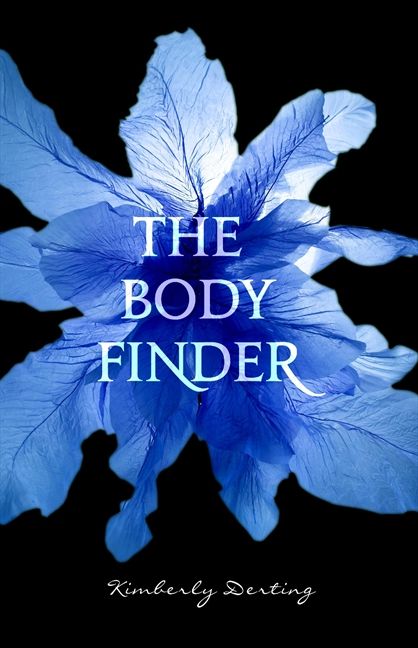 “Sixteen-year-old Violet is hiding two secrets. The first is her confusing new feelings for her childhood best friend Jay. The second is her unusual ability to sense the dead…and the people who killed them. Violet has never considered her morbid ability to be a gift, but when a serial killer begins terrorizing her small town, Violet realizes she may be the only person who can stop him.

Ever protective of her, Jay agrees to help Violet, and as they search, Violet realizes she isn’t the only one whose emotions have changed. But as they fall in love, Violet is also getting closer and closer to discovering the killer…and becoming his prey herself.

The Body Finder is the compulsive first book in the four-book Body Finder series by Kimberly Derting.” Amazon

It has been awhile since I’ve read Young Adult, so when my podcast partner suggested we read, The Body Finder, and do a review on our podcast channel, Books Don’t Review Themselves, I thought that sounded like a great idea.

I also wanted to do a written review so I could leave it on Amazon, Goodreads, Bookbub, etc…

Right from the beginning Kimberly Derting had me hooked. A young girl finds a body and the action just continues from there. Although the action shifts to Violet and Jay’s dating lives before going back to the disappearances and murders.

I thought Derting handled the relationship ups and downs of high schoolers very well. It’s been awhile since I’ve been in school, but Derting brought back all the sweet and intense feelings one gets from a first love. She held out just long enough with the will they or won’t they to keep the emotions up, but didn’t drag it on so long that I got bored.

Derting also writes about the darker side of relationships. She shows how a normal relationship can quickly turn to obsession and even assault. I thought it was good that she didn’t gloss over this since it’s something everyone needs to be aware of. And for people just starting out dating, they need to know that these are not healthy relationships, as well as not something you should ever put up with.

She writes about not just romantic relationships, but the ones between friends and various cliques. The mean girl didn’t get the punishment I was hoping she would, but she does get put in her place. The way Derting writes about high school interactions is very believable.

The storyline revolving around the murders is done very well too. I didn’t think the scenes were too graphic, and still they managed to convey the fear and horrific nature of the crimes. Derting did a wonderful job laying down clues if you were looking for them. But still managed to add some surprises. I am interested to see how Violet continues using her powers, especially when she starts working with the FBI.

There are three more books in this series, so you’ll have more to enjoy if you like this one. They are, Desires of the Dead, The Last Echo, and Dead Silence. And you might also enjoy some old school authors like R.L. Stine’s Fear Street series or Christopher Pike’s books. Some of my favorites by Pike are Last Act, Scavenger Hunt, Remember Me, Chain Letter, and The Final Friends trilogy.