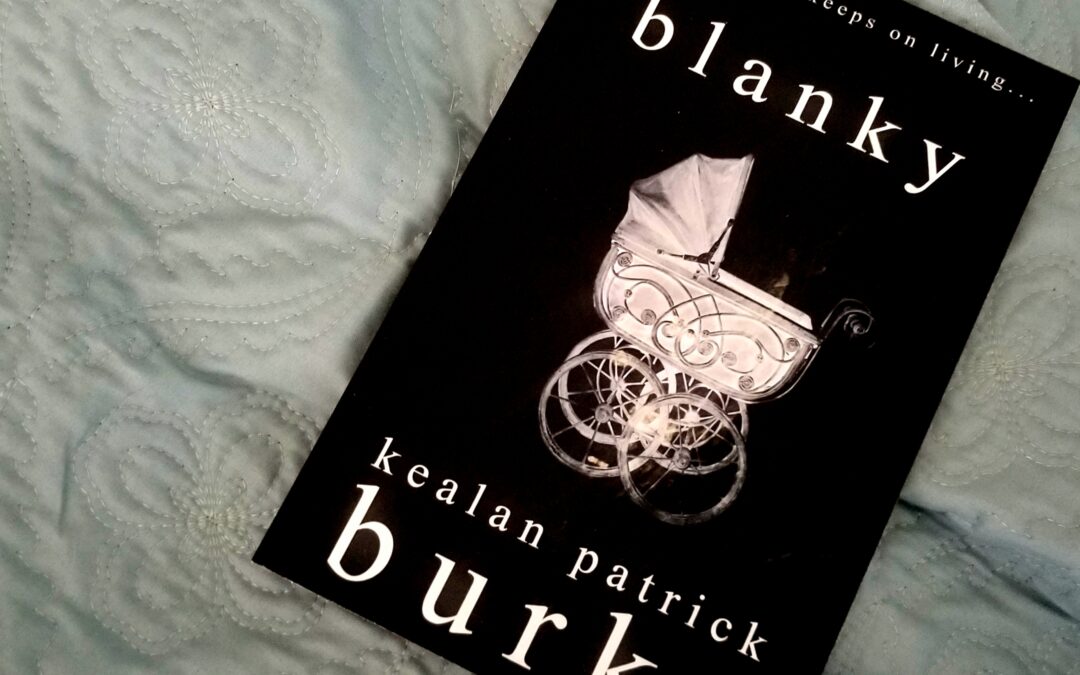 “In the wake of his infant daughter’s tragic death, Steve Brannigan is struggling to keep himself together.  Estranged from his wife, who refuses to be inside the house where the unthinkable happened, and unable to work, he seeks solace in an endless parade of old sitcoms and a bottle of bourbon.  Until one night he hears a sound from his daughter’s room, a room now stripped bare of anything that identified it as hers… except for her security blanket, affectionately known as Blanky.

The presence of Blanky in his dead daughter’s room heralds nothing short of an unspeakable nightmare that threatens to take away what little light remains in Steve’s shattered world.

Because his daughter loved Blanky so much, he buried her with it.”

Kealan Patrick Burke is a fricken genius.  The way in which he so beautifully paints such vivid pictures with his words and paragraphs made me sympathize with the characters from beginning to end.  The somberness and melancholy feel of the entire novella was such a beautiful shade of gray. I wanted to pick up a paint brush and paint cloudy skies and thunderstorms.

His words brought me up and then dropped me off a tall building until I felt the lowest of lows. I am not a parent but I can only imagine what it must feel like to lose a child.  The story opens with this monumental level of grief and sadness.

“One rainy night I put her to bed and when I woke up, she was dead. That was the beginning of the end of my world. This is the rest of it.”

After spinning an intense web of sadness, the story takes a very quick turn.  After hearing noises upstairs in the room belonging to his dead daughter, he finds Blanky in the middle of the room.  How in the hell did that get there? Where did it come from? I thought we got rid of that thing? Why is this happening?  Who or what is behind this? From there, the story begins incorporating levels of terror, horror and sinister traits into the sadness that was previously established.  It’s an intense ride that became unputdownable after just the first couple of pages.

Don’t let the cover fool you.  There’s absolutely nothing innocent about this book and I mean that in the nicest way I possibly can.  At 74-pages in length, Blanky grabs a hold of you by the throat on the first page and doesn’t let go until the last sentence on the last page.  No joke. Not only does it not let go, but it twists and turns like a roller coaster making you crave page after page.

I woke up in the morning thinking about this book. The pictures that were painted when I read it last night resonated with me.  I am looking forward to reading Kealan Patrick Burke’s other novellas! Highly recommended!