The Time for Murder is Meow by T.C. LoTempio : Book Review 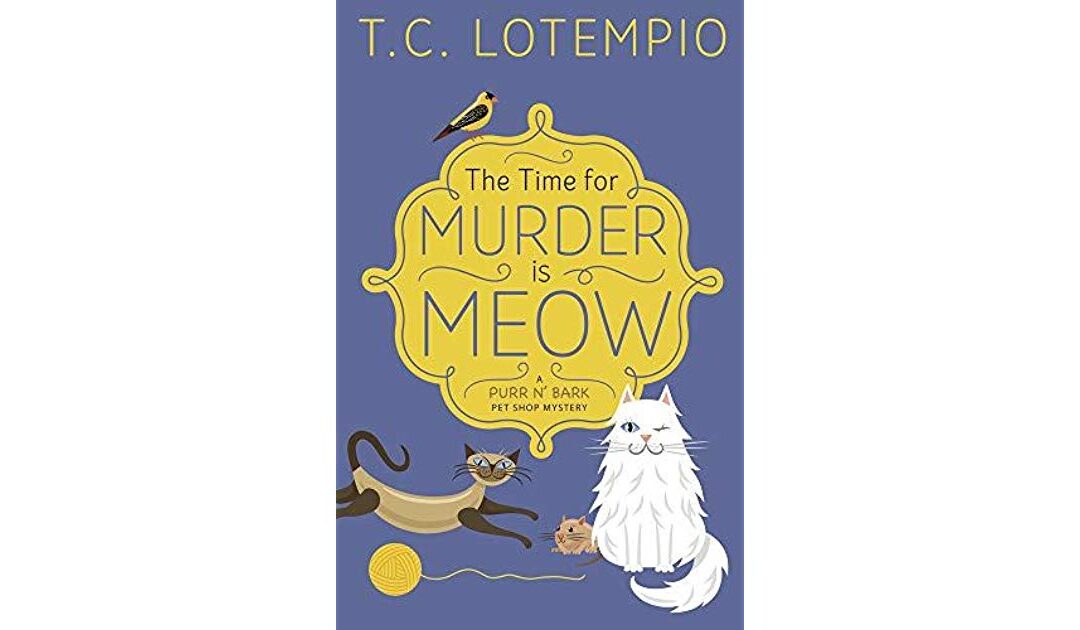 “Crishell “Shell” McMillan sees the cancellation of her TV series as a blessing in disguise. The former actress can now take over her late aunt’s pet shop, the Purr N’ Bark, and do something she loves.

While getting the shop ready for re-opening, Shell is asked to loan her aunt’s Cary Grant posters to the local museum for an exhibit. She finds the prospect exciting—until a museum board member, who had a long-standing feud with Shell’s aunt, votes against it. When she discovers the board member dead in the museum, Shell becomes suspect number one.

Can she, her Siamese cat Kahlua, and her new sidekick—her aunt’s Persian Purrday—find the real culprit, or will her latest career go up in kitty litter?” – Amazon

T.C. LoTempio already has two cozy mystery series out, which the Nick & Nora Mysteries and A Cat Rescue Mysteries, so when I saw she had a third series coming out, A Purr N’ Bark Pet Shop Mystery, I knew I had to read it.

LoTempio has a purrfect trio of well developed characters, a charming small town, and real interactions between people and their fur babies. At least it’s how I react to my cats. I liked how Purrday has a magical aura about him and how sassy Kahlua is.

As with any great cozy, the characters are very important. As a reader, you want to find ones you can connect with so you want to keep coming back to the series to see what adventures they get into next. With this being LoTempop’s third series, she has established a real knack for this type of writing.

I really enjoyed Gary Presser, Shell’s co-star when she was in Hollywood. And the rest of their group, Rita, Ron, and Olivia, or as I affectionately think of them, The Scooby Gang, really added a nice layer of community and detecting help. I’m looking forward to more of their adventures together and separately.

The mystery itself was done well with details to try and throw the reader off the trail. I did know the killer before chapter twelve (don’t want to say which chapter exactly in the review), but it was still a fun read even knowing who dunnit. And as far as the motive, I had half of it guessed at the beginning as well, but the rest of the reason I didn’t learn about until the reveal.

I’m excited to see what new mystery Shell and the Scooby Gang have to solve in the next book in the Purr N’ Bark Pet Shop Mystery series.

Disclosure: Some of the links we use are affiliate links, meaning at no additional cost to you, we will earn a commission if you click through and make a purchase.