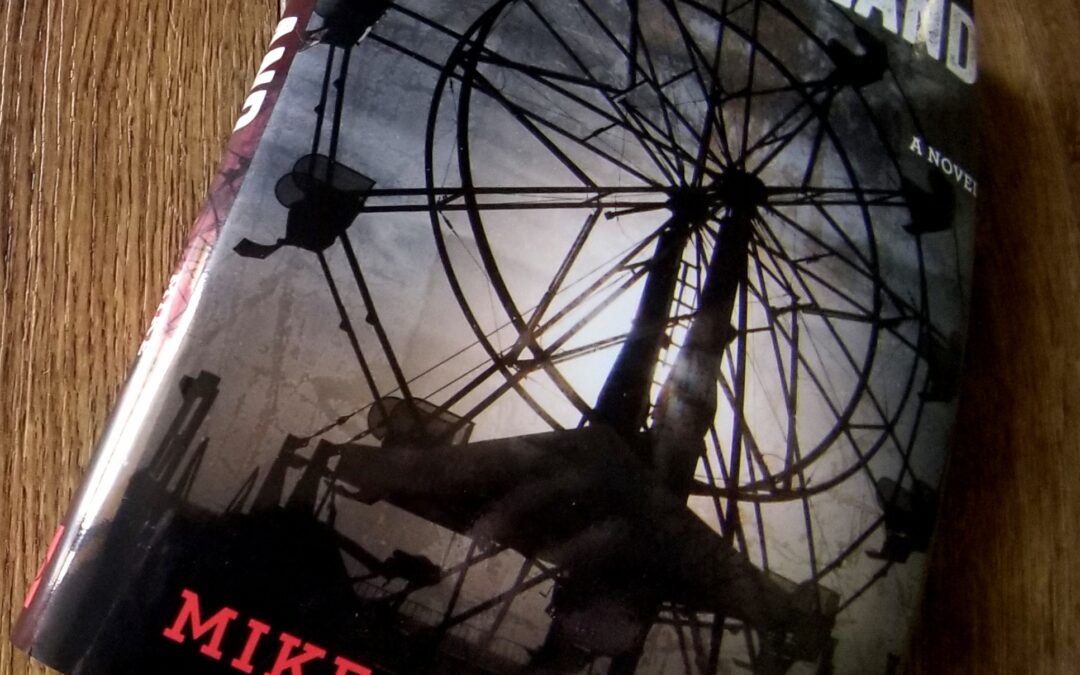 “Since the 1970’s, FantasticLand has been the theme park where ‘Fun is guaranteed!’  But when a hurricane ravages the Florida coast and isolates the park, the employees find it anything but fun.  Five weeks later, the authorities who rescue the survivors encounter a scene of horror. Photos soon emerge online of heads on spikes outside of rides and viscera and human bones littering the gift shops, breaking records for hits, views, likes, clicks and shares.  How could a group of survivors, mostly teenagers, commit such terrible acts?

Presented as a fact-finding investigation and a series of first-person interviews, FantasticLand pieces together the grisly series of events.

If meticulously created online personas can replace private identities, what takes over when those constructs are lost?  FantasticLand is a modern take on ‘Lord of the Flies‘ meets Battle Royale that probes the consequences of a society built online.” – Amazon

“The biggest thing I saw was a lack of purpose.  Kids wandering around, not sure what to do with themselves.”

I absolutely LOVED FantasticLand by Mike Bockoven.  That sounds so cliche. I didn’t just love this book.  I adored this book from beginning to end. No joke. Maybe I have issues.  Maybe Bockoven is a super-genius. Maybe it’s both.

You’re thrust into the middle of FantasticLand the moment you begin reading.  It’s written from the unique perspective of an interviewer who has acquired all of this information from employees of FantasticLand.  I really enjoyed this and despite it being done before, Bockoven did it flawlessly. The story-telling was superb!

“There are times in life where unpleasant things are happening, and if you don’t fight, you might as well be meat. Those who kill can smell those who are ripe for slaughter…”

The premise of the story is so simple, yet so complex.  Hurricane Sadie rips through Florida causing destruction and flooding.  FantasticLand is inevitably part of the hurricane’s path. The employees stuck at the amusement park are left to fend for themselves and hold down the fort until rescue comes.  Things take a nosedive at the park almost immediately and thus, the wild ride known as FantasticLand begins.

I don’t know how it goes from gray skies, rain and survival to this ‘Lord of the Flies-esque‘ vibe so quickly and seamlessly, but it does.  I found myself constantly trying to put myself in the shoes of a few of these characters. I don’t know how I’d react in this situation.

I looked at other reviews online and the book seemed to get either a very lousy 1-star review or a solid 5-star review like mine.  There did not seem to be very many in the middle. You either loved it or hated it. Those that gave it a 1-star review had the same consistent comments:  Why would a bunch of teenagers stuck at an amusement park because of a hurricane start killing at will and for absolutely no reason at all?  And to that, I ask a simple question:  Have you ever seen a teenager without their smart phone?

The characters in the book were cut off from the outside world due to the damage at the hands of Hurricane Sadie.  They were without their devices, Wi-Fi and social media for weeks. Despite some of them being adult in age, they had no supervision and the supervision they did have was discarded and laughed at – literally.  It just didn’t sound that far-fetched to me. [shrug]  Plus, there’s a giant empty ferris wheel on the cover and for some reason, giant empty ferris wheels look so ominous to me.

I won’t elaborate anymore except I will proudly state that I am one of the many 5-star reviews of this book.  It’s such a brilliantly told story (I said that already) that showcases how impressionable people are in their everyday lives.  I finished this book almost a week ago and I still find myself thinking about it. I found myself devouring 30-40 pages each night which meant a lot more coffee when the alarm went off the next morning… but it was totally worth it.  Highly recommended!!