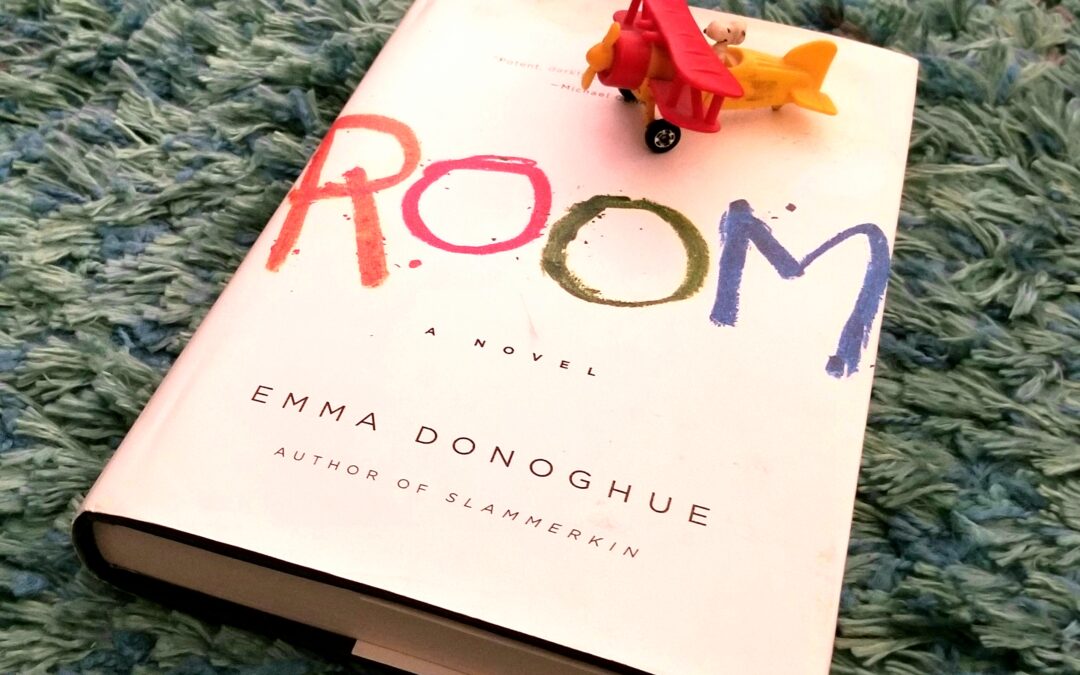 “To five-year-old Jack, Room is the entire world.  It is where he was born and grew up; it’s where he lives with his Ma as they learn and read and eat and sleep and play.  At night, his Ma shuts him safely in the wardrobe, where he is meant to be asleep when Old Nick visits.

Room is home to Jack, but to Ma, it is the prison where Old Nick has held her captive for seven years. Through determination, ingenuity, and fierce motherly love, Ma has created a life for Jack. But she knows it’s not enough…not for her or for him. She devises a bold escape plan, one that relies on her young son’s bravery and a lot of luck. What she does not realize is just how unprepared she is for the plan to actually work.

Told entirely in the language of the energetic, pragmatic five-year-old Jack, Room is a celebration of resilience and the limitless bond between parent and child, a brilliantly executed novel about what it means to journey from one world to another.” – Amazon

Jack is a five year old boy.  He and his Ma live in a shed in a backyard belonging to Old Nick.  Old Nick abducted Ma when she was 19 years old. Jack is a product of rape and was born in the shed.  All he has ever known is the shed which he and Ma refer to as Room. This is the story of Jack and his Ma.  The entire novel is told from Jack’s point of view. It focuses on him and his Ma’s day to day trials and tribulations while in Room and as the book synopsis advises, thankfully, Jack and his Ma escape the evil clutches of Old Nick.

Room is based loosely on the Elisabeth Fritzl and Jaycee Dugard cases.  Elisabteth Fritzl was held captive in Austria for 24 years by her father.  Jaycee Dugard was abducted at the age of 11. She spent the next 18 years of her life held captive.  I won’t elaborate further as most anyone interested can learn more about these actual case studies online.  I don’t want to add additional information regarding those cases which could confuse or skew potential readers in regards to my book review of Room.

“Word sandwiches always make her laugh but I wasn’t being funny.”

Room was a roller coaster of emotions for me.  It is an intense book and even that doesn’t possibly begin to convey the depths of this novel.  Don’t let that deter you from reading it, but if you want something light-hearted, fun or happy-go-lucky, you might want to pick up a different title.  Room is most certainly not for you.

There were a couple of scenes in particular that really forced me to set it down and come back to it.  I had a couple of overwhelming days at work and was also working on an exam for school. Probably not the best state of mind for a novel like this. Room challenged me from an emotional, mental and intellectual perspective.  That isn’t a bad thing and I don’t want that to sound negative at all. It isn’t.  There were times I picked it up and perhaps I shouldn’t have. As I mentioned, I simply wasn’t in the right state of mind for this book.  This simply tells me author, Emma Donoghue, did her job as an author and executed her writing style perfectly. The novel received numerous awards and accolades and it deserved every one.

I’ll be perfectly honest.  I made it through the first paragraph of Room and thought to myself – this is gonna be a tough one to get through.   Not necessarily because of the insane sadness at times, but because of the book as a whole.  My wife and I do not have children of our own. I do not dislike kids at all, but reading a book written from the perspective of a five year old boy proved to be challenging for me.  It was genius. Don’t get me wrong, but Jack is five and obviously, he talks like a five year old boy. He makes up words. His sentences aren’t normal sentences. It’s severely choppy at times.  It’s precisely how a five year old would speak to you. I knew that going into it when I purchased the book, but until you read the first few sentences, I don’t think you truly understand what you’re in for with Room.

We’re not just talking about a few sentences or a paragraph written in baby-talk.  We’re talking about 336 pages worth of sentences from a little boy named Jack. It isn’t all baby talk though.  I don’t want to give you the wrong impression. Jack obviously interacts with adults so part of the conversation flows quite nicely, but then Jack begins speaking again and you’re sort of forced to switch into a different frame of mind.  Perhaps if you have a five year old at home of your own, this might be a relatively easy read. The mannerisms and sentence structure took me a little getting used to, but once I did, I quickly began rooting for Jack and his Ma.

Perhaps this is nit-picky, but at several points during the book, Jack is all baby talk and five year old speak and then randomly and out of the blue, he’ll correctly use a word like “poignant” in a sentence.  I’ll reiterate that I do not have children of my own nor am I fluent in five year old boy, but for some reason, this really bugged me. Maybe this is how it is. I have no idea, but it just didn’t seem accurate to me.  It is, obviously, a very minor detail and certainly not one that should prevent you from reading out Room.

The book is 336 pages in length.  It has a beginning, middle and end like most successful novels.  I was a little annoyed that after seeing Ma spend seven years of her life locked up in Room, we barely got six pages describing their escape from Old Nick.  Maybe I’m being nit-picky again, but after they got out of Room, I was, like, Seriously?  That’s it?!  I don’t think it detracts from the book, overall, but I would have liked to see a bit more substance and meat to it.

This woman has spent the last seven years of her life away from everything she knew as a 19 year old woman.  Her child has spent the first five years of his life in this shed. That is monumental in and of itself. I mean, we got to hear about Jack and his Jeep and Remote over and over and over and over again. How many words can you possibly use to talk about a boy and his remote controlled truck?  And then we get six pages for the escape?

It’s another trivial detail that just didn’t sit well with me.  Aside from those two minor gripes, I thoroughly enjoyed Room and everything it offered.  The lows were so low and the highs were so high.  It was definitely the most powerful novel I’ve read.  I’m looking forward to reading something a bit more ‘fun’ after being fully immersed in Room for the last few days.

I opted to give it a solid four star review out of five.  It’s emotional. It’s brilliant. It’s thought provoking. Not exactly a horror genre novel, but definitely a suspenseful psychological thriller in every way.  I was yearning to see how it ended! I hope you read it for yourself and share your thoughts.