Someone We Know by Shari Lapena Book Review by Jess 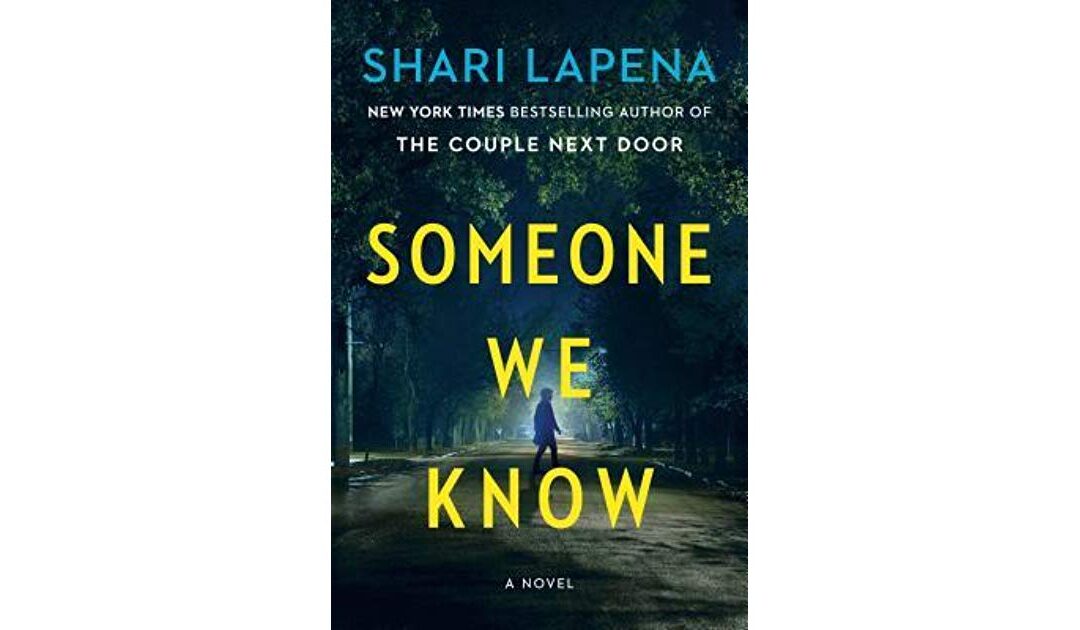 “Maybe you don’t know your neighbors as well as you thought you did . . .

“This is a very difficult letter to write. I hope you will not hate us too much. . . My son broke into your home recently while you were out.”

In a quiet, leafy suburb in upstate New York, a teenager has been sneaking into houses–and into the owners’ computers as well–learning their secrets, and maybe sharing some of them, too.

Who is he, and what might he have uncovered? After two anonymous letters are received, whispers start to circulate, and suspicion mounts. And when a woman down the street is found murdered, the tension reaches the breaking point. Who killed her? Who knows more than they’re telling? And how far will all these very nice people go to protect their own secrets?

In this neighborhood, it’s not just the husbands and wives who play games. Here, everyone in the family has something to hide . . .

You never really know what people are capable of.” – Amazon

I’m not going to sugar coat it. Someone We Know was EXCELLENT. Shari Lapena did not disappoint.

Someone We Know flowed beautifully and the tension gradually increased as the story switched between several main characters until it collides at the end!

The story starts with a teenage boy who enjoys breaking into people’s homes, neighbors, in particular, to hack their computers. When his mother finds out, she decides to take it upon herself to write apology letters and anonymously send them to the victims of her son’s little indiscretion.

It becomes known that a wife of one of the neighbors is not only missing but comes up dead.

Problem is, there is more to the story. Much more.

Someone We Know swallowed me whole and spit me out at the end. There were two or three occasions where I was sure of what happened only to be proven wrong. While this whole concept of “we don’t know who are neighbors are” is nothing new, something about the way she executes the story really sucks you in.

I can’t say much more without ruining the suspenseful magic that Lapena beautifully crafted in this book. If I were you, I’d get this book ASAP.