Suffer the Children by Craig DiLouie : Book Review by Scott 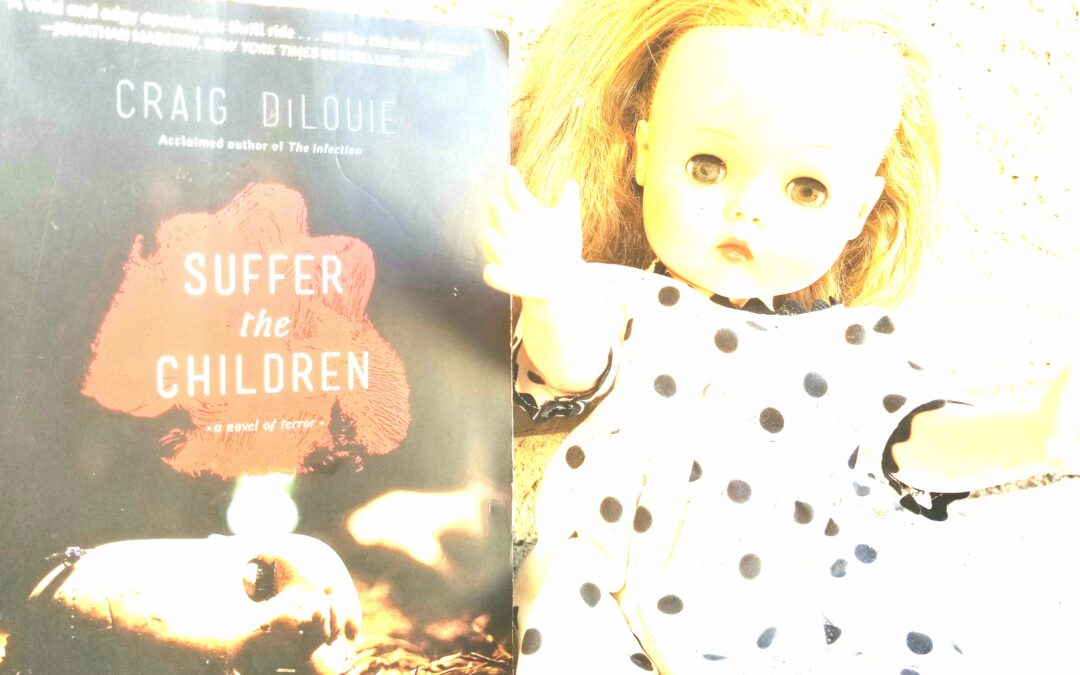 “A mysterious disease claims the world’s children before bringing them back. To continue surviving, however, they need to ingest human blood. As the blood supply wanes, parents struggle and compete to keep their children alive. In the end, the only source left will be each other. For them, the ultimate question will be: How far would you go for someone you love?” – Amazon

SUFFER THE CHILDREN by Craig DiLouie is a heartfelt, yet insanely disturbing book.  When I say ‘disturbing’, I mean – this is seriously messed up. But I loved it.  A worldwide event occurs that has children dying. Pre-pubescent children to be exact.  One minute they’re playing, the next they’re dead. Cold. Gray. Dead. Mass graves are dug all over and children are buried by the tens of thousands.  Autopsies are being administered. People are begging for answers. The Centers for Disease Control and Prevention (CDC) is working around the clock.

After three days, the children wake up much to everyone’s surprise.  Despite looking like death warmed over, their parents welcome them home.  After getting them home and warming them up and feeding them their favorite meals and giving them all the toys they could ever want, the children begin dying again one by one.  It does not take very long to discover they need blood in order to keep them alive and I’m not talking transfusions. The children are obviously not the same, but a parent’s love is as deep as the oceans.  After some trial and error, parents everywhere discover a pint of blood is capable of keeping their child alive for 60 minutes. How far would you go for someone you love?

“Joan remembered reading the same verses in the King James Bible and had admired the archaic language.  ‘Suffer the little children’, it had read. Don’t stop them. Let them go to Jesus.”

SUFFER THE CHILDREN.  Even the title gripped me.  And the cover? Old, creepy, abandoned, sleepy-eyed dolls have a place in my heart.  They’re the epitome of all things disturbing as far as I’m concerned. I thoroughly enjoyed this book and somehow, ‘I couldn’t put it down‘ just doesn’t do it justice.  This is the first book that I’ve read from Craig DiLouie, but man oh man, how in the hell did he make this story so damn believable?

Obviously, I don’t believe children are going to come back from the dead and I don’t think for a second they’re going to ingest blood to keep them alive.  Trust me when I say, I believed it. I actually believed this could happen. The sheer volume of research that the author must have done from a medical and pathology perspective is mind-boggling.  I believed him. I believed every scary word he wrote.

The story is an extremely fast-paced read.  Each ‘chapter’ is told from the perspective of a different parent and in some instances, certain chapters are even written from a handful of a few of the children.  That in and of itself kept me entertained. It didn’t take me long to become vested in the characters. They weren’t terribly deep individuals, but it was a gut-wrenching story in most instances.  Even though I felt pained, the story was just so damn innovative that it kept me turning the pages whenever and wherever I could. The book was seriously like watching a horrific accident happen from a quarter-mile away and not being able to do a damn thing about it except watch in horror.  Is the author seriously going to do this right now? …yep, he did. There it is. He did it. [pause] Then I’d sit there and rub my temples and think – this is seriously, seriously, seriously, messed up right now. I’d grin from ear to ear and dive back in.

I enjoyed the way the story was told from various first person perspectives between parents and some children.  I enjoy books told from a first person perspective, but I suppose that’s a personal preference. As I do in most of my reviews, I looked at other negative reviews online and some of the major gripes with the book.  The major consensus seemed to be that so many were disappointed it didn’t turn into a vampire novel. So many people wanted to see all these children of the world suck blood. Yes, the children needed blood to survive, but I never felt like it was going to crossover into a full-blown vampire novel.  I’m not sure why so many others did either.

The author during numerous times of the story references the CDC, medical pathology terminology, hematology and other blood-related medical specifics.  Based on that information, I never thought the children needed blood because they were vampires. I thought they needed blood because of a medical disorder and blood kept their basic physiology systems working.  That was how I took it, anyway.

If during somewhere along the line you’re thinking of picking up this book because you want a good vampire story, I’m afraid this will fall terribly short of your expectations.  IF, on the other hand, you want a realistic, insanely frightening, crazy, disturbing, messed up story that will make you think twice the next time a gang of school kids jump out of a school bus… then look no further, friends!

I’m giving this book 5-stars because it’s one that resonated with me.  After I put the book away each night, it was a story that would NOT let me forget.  I thought about this book and I thought about these characters. That’s the difference between a 4-star review and a 5-star review, in my opinion.  The words, the story, the scenarios, the outcomes – they stick to my ribs and hold on for dear life like several plates of bottomless fries at Red Robin.  Highly recommended!