Where the Sun Shines Out by Kevin Catalano : Book Review by Scott 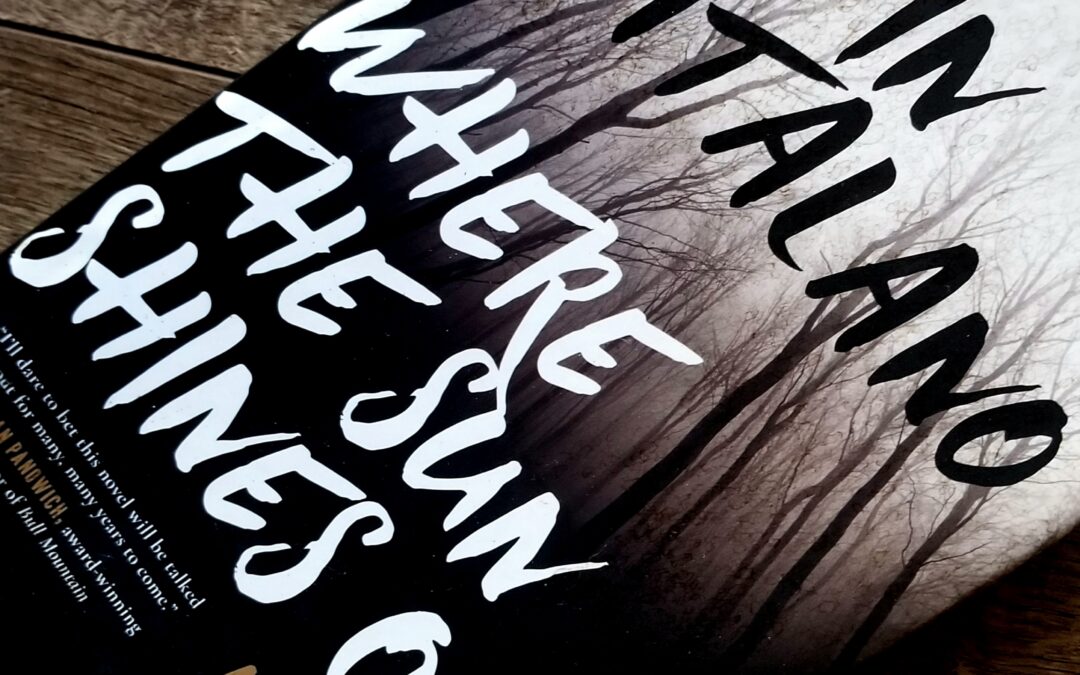 “In the blue-collar town of Chittenango, New York, two young boys are abducted from a local festival and taken to a cabin in the woods. One is kept; one is killed. When they are next seen, ten-year-old Dean has escaped by swimming across Oneida Lake holding his brother’ s dead body.

As the years pass, the people of Chittenango struggle to cope with the collateral damage of this unspeakable act of violence, reverberations that disrupt the community and echo far beyond. With nothing holding it together, Dean’s family disintegrates under the twin weights of guilt and grief, and the unspoken acknowledgment that the wrong child survived. At the center of it all, Dean himself must find a place in a future that never should have been his.

In a sweeping narrative spanning decades and told from alternating points of view, Where the Sun Shines Out tells the story of a town and the inevitable trauma we inflict upon each other when we’re trying our best. Exploring the bonds, and breakdowns, of families, Kevin Catalano’s fearless debut reminds us that although the path to redemption is pockmarked, twisted, and often hidden from view, somehow the sun makes it through.” Amazon

WHERE THE SUN SHINES OUT begins with Dean and Jason.  They’re two brothers in their adolescence abducted from a Wizard of Oz festival.  Jason is killed almost immediately by his captors while Dean’s life is spared. All of this happens in a very short period of time.  The remaining 280+ pages of the book focuses on Dean and how his abduction and the killing of Jason affects his life and that of his family.

“There was one thing they hadn’t thought of – Dean Fleming!  His zero years of investigating experience, coupled with his lack of familiarity with the area, made him essential to the hunt!”

Looking back on it, I’ve no idea how WHERE THE SUN SHINES OUT made it to my TBR list because aside from the cover, there wasn’t much I liked about it.  I read the synopsis again and it doesn’t sound that bad!  It just barely kept my attention.  Barely. The book started out with such focus and determination.  The scene of the abduction and Dean getting away from his captors with the body of his lifeless brother was so awesome!  Swimming across a lake while floating Jason’s dead body sent chills down my spine! Unfortunately, the book just went downhill very fast from there.

Each chapter of the book began a new timeline of sorts and it would begin several years from when the timeline of the last chapter ended.  i.e., Fall 2003 would then jump to Summer 2010, etc, etc. When the next chapter began, it introduced brand new characters, new surroundings and a different point of view.  It was very, very difficult to follow. It was not until several pages into the new chapter that I realized who these new characters were that were being introduced. I’ve seen a lot of book reviewers make reference to a book being “choppy” and that perfectly describes WHERE THE SUN SHINES OUT.  It was extremely choppy and the whole thing felt very unfinished to me.

In each chapter, the book continues to follow Dean but then also references his immediate family.  I could not relate to any of these characters. Not a single one of them. There’s work at a factory, drug use of every type and kind, abuse of an animal, bizarre homosexual experimentation and strange family dynamics.  It was just very dark, very strange and I couldn’t personally relate to any of the scenes, much less the characters themselves.

I’m trying to think of a way that would have made the book better.  It would have been awesome if the first chapter continued with the scene of Dean swimming across the lake and then continuing with Dean’s point of view in his adolescence.  The strange timeline jumps and bizarre scenes just made the whole thing unsettling and unrefined. Part of what made it feel so unrefined is the fact that there was virtually no character development.  We never get to see any solid development because by the time we start getting down to the nitty gritty of these characters, the chapter is ending and here comes another jump in time. It was incredibly frustrating and just made the story extremely shallow.

I’m a little perplexed that there was still a relatively small percentage of readers who gave it 4 and 5 star reviews.  Those that seemed to rave so positively about this book wrote several paragraphs about its darkness. I’m here to tell you that if you visit Books Don’t Review Themselves, you’ll find plenty of other books with a darkness much deeper and with considerable more substance than this title.  Unfortunately, I cannot recommend WHERE THE SUN SHINES OUT.  I’m giving the book 2-stars because it wasn’t poor enough for me to stop reading it altogether.  I did finish it and something kept me turning the pages.  I’m guessing that something was the hope that the story would get better and improve (drastically).  It never did.