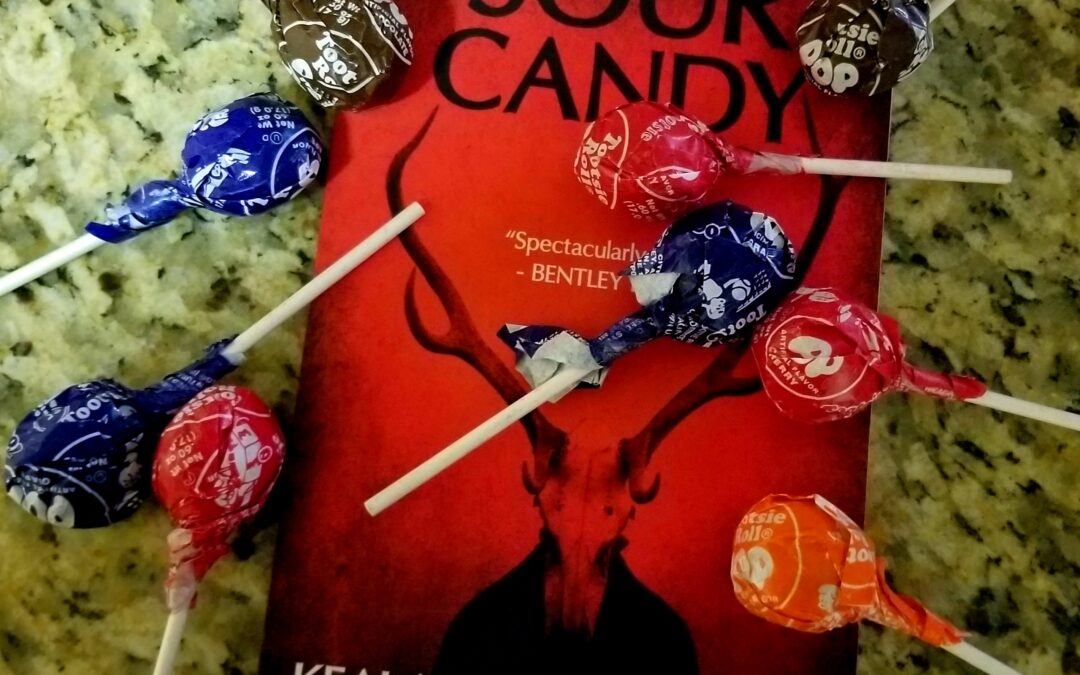 “At first glance, Phil Pendleton and his son Adam are just an ordinary father and son, no different from any other. They take walks in the park together, visit county fairs, museums, and zoos, and eat overlooking the lake. Some might say the father is a little too accommodating given the lack of discipline when the child loses his temper in public. Some might say he spoils his son by allowing him to set his own bedtimes and eat candy whenever he wants. Some might say that such leniency is starting to take its toll on the father, given how his health has declined.
_ _
What no one knows is that Phil is a prisoner, and that up until a few weeks ago and a chance encounter at a grocery store, he had never seen the child before in his life.” – Amazon

Phil Pendleton and his girlfriend, Lori, are spending the day together. They both work terribly hard and they’ve decided they’re going to spend the day in their underwear, watching movies, being together and eating candy. She ushers him out of the house with a list of her favorite candy she wants from Wal-Mart to binge on throughout their day together.

So he gets to Wal-Mart and stands overwhelmed in the candy aisle. While staring at the candy, he encounters a little boy and his mother. The kid begins screaming, his mother all but loses her mind and Phil decides Wal-Mart simply isn’t for him. He’s on his way to another store and gets into a car accident. His vehicle is rammed from behind which forces his car into another. The person that rammed him at full speed? …yep, it’s the mother and her child. Phil is shook up after the accident. The police and the paramedics arrive on the scene. The boy’s mother nonchalantly gets out of her vehicle and walks in front of another passing motorist killing herself instantly.

In typical Kealan Patrick Burke fashion, this sets the scene for the rest of the story. Only Kealan Patrick Burke isn’t finished with us yet. Phil tells the police that the woman who hit his vehicle has a son. He saw them at Wal-Mart a few moments ago. The police check her vehicle and there is no boy in the car at all. He tells the police to send a patrol car to his residence to inform Lori that he’s been involved in an accident (Phil’s phone battery is dead). Lori doesn’t come to the door, but you know who does? …the little boy.

“Phil awoke on the floor of the kitchen with blood running from his eyes, nose and mouth. He could taste it on his tongue, mixed with the needling sting of the sour candy meddling with it.”

IDGAF what anyone says. Kealan Patrick Burke is the king of novellas. This is the third novella I’ve read from him and he has yet to let me down. His storytelling is twisted and brilliant. I don’t know how in the hell he manages to cram such brilliance into 84 pages, but he does. His storytelling is magic and needless to say, I loved SOUR CANDY. I can practically guarantee that you will, too.

This is another story of Kealan Patrick Burke’s that is so everyday life. We’ve all been inside of a Wal-Mart. Screaming kids in stores scare the shit out of me and we’ve all encountered it at one time or another. Part of what I loved about this story is how damn believable it was. It’s only 84 pages in length and giving you anymore details would be impossible without disclosing spoilers which I do not do in my reviews. I don’t go into twists, turns and cliffhangers because I think that’s half the fun of the read. The story begins extremely believable and then takes a very ominous and evil turn which I also loved. Everything happens so quickly, yet so incredibly subtly. It’s a beautiful dance that Kealan Patrick Burke does with his readers and it’s one I thoroughly enjoy. From beginning to end, it’s a phenomenal story that grips you and refuses to let go.

And before anyone gives me any smart ass remarks about my photograph, I’m well aware Tootsie Pops are not exactly sour in taste, but I loved the colors so STFU. What I wanted to make mention of is the cover art of this book. The combination of the red in conjunction with the creature wearing a deer or elk skull tells you right off the bat that you’re in for a wild, evil ride.

I finished the book over the course of a day and a half, but could easily be read in one sitting. It’s a simple, but terribly effective story. Most of you know I’m not a fan of convoluted story lines with dozens of characters and flashbacks. SOUR CANDY is a 5-star novella I will easily recommend to anyone looking for a quick read or perhaps a newcomer to Kealan Patrick Burke. Shove the sour patch kid in your mouth and get this book. It’s a beautiful, macabre, twisted work of art for anyone a fan of the horror genre. Highly recommended, fellow bookworms!