The Chrysalis by Brendan Deneen : Book Review by Scott 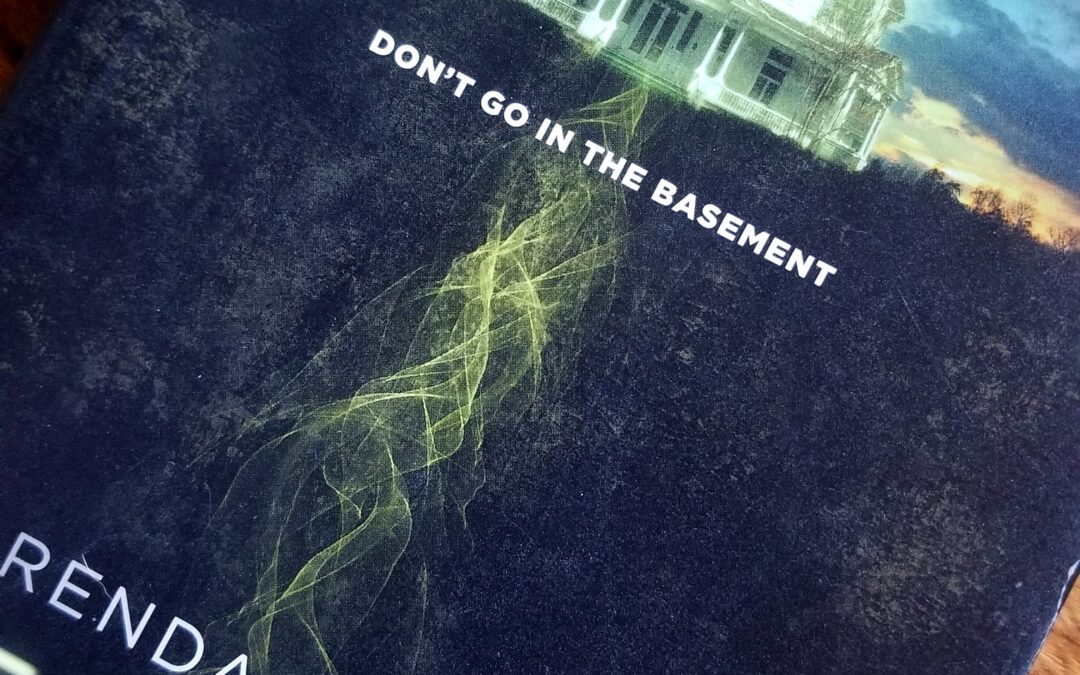 “Welcome to the dark side of suburbia.

Barely employed millennials Tom and Jenny Decker have to grow up fast when they lose their cheap Manhattan apartment. Leaving “the city” is hard, but the blow is softened when they stumble upon a surprisingly affordable house in the suburbs.
For Tom, the bills, the mortgage, and Jenny’s unexpected pregnancy add up to terror. He’s not ready for this kind of responsibility.

Then he finds the thing in the basement. It makes him feel like a winner even as it scrambles his senses. A new job soon has him raking in the big bucks―enough that Jenny can start making her entrepreneurial dreams come true.

The Deckers’ dream home conceals more than one deadly secret. As Tom’s obsession with the basement grows, Jenny realizes that to save her family, she must expose everything. Before it destroys them all.

No one ever really wants to grow up…but sometimes behaving like an adult is the only way to survive.” – Amazon

I had to revert to my 7th grade science textbook. I couldn’t remember what part of the butterfly metamorphosis that the chrysalis takes place in. HINT: It’s the hard outer shell that houses a butterfly pupa. That concludes today’s science class. Back to your regularly scheduled program. As the synopsis indicates, Tom and Jenny Decker are fairly carefree. The live in Alphabet City within Manhattan in a tiny shoe box apartment. The rent gets hiked up well past their comfort zone which forces them out of the city away from their friends and the life they know. With the help of a real estate agent that Jenny’s sister knows, they find a house in New Jersey and hope to start fresh.

The home inspection goes well and Tom and Jenny are more in love than ever. While going through the house, Tom discovers something behind an old fridge in the basement. It’s a chrysalis and it’s a living, breathing organism. It’s pulsating. Tom makes the mistake of touching the chrysalis and then getting mesmerized by it. It causes a euphoric high within Tom that leaves him yearning for the chrysalis more and more each day. He thinks about the basement day and night to the point it begins ruling his entire life.

As time passes, Tom and Jenny’s marriage begins to deteriorate. The mounting pressures of everyday life, a mortgage, this new gigantic home, Jenny getting pregnant, Tom’s new job and this pulsating chrysalis in the basement means things get very tense in the book very quickly. Tom’s behavior as a result of the chrysalis begins to mimic that of a dope fiend looking for his next fix. He obsesses over the next moment he gets to see and touch the chrysalis. He ultimately pushes Jenny away and what few friends he has in his life. Things continue to spiral out of control as the chrysalis begins to form an odd bond with Tom which leaves both he and Jenny fighting for their lives.

“Turning back toward the chrysalis, he raised the rake, ready to destroy the bizarre object stuck to the wall. Just before he swung, he paused. Had the breathing increased, or was that his imagination? The veins also seemed to be pulsating. Tom stared at it, makeshift weapon still raised. What is this thing?!”

THE CHRYSALIS got very, very mixed reviews. The bulk of the reviews I found on varying sites did seem to give it a 3 or 4-star review. The book wasn’t without its flaws, but I looked past a lot of it. I don’t know why I provided such leniency, but there was something about this book and its characters that had me turning the pages each night. Curiosity continued to get the best of me and I was bound and determined to figure out what in the cocoon was going on here. There were times when Tom and Jenny really, really pissed me off. They drank and drank and drank and they were fairly self-entitled at times which made me really annoyed, but then the storyline would change just a bit and I wound up feeling sorry for them.

I’ve been thinking about this review since I finished the book last night and I can’t quite figure out what part of me found the story so intriguing. The author continues to feed you bits and pieces and tiny morsels about this chrysalis and Tom’s relationship with it. These tiny tidbits of information was reason enough for me to keep reading. I found myself wanting to read more while at the same time scratching my head and thinking to myself – WTF is actually happening right now?! The book was a rollercoaster where parts of it flowed freely and fast and other parts were like the slow burn analogy that a lot of readers seem to use. This tempo varied off and on throughout the book which sounds very annoying, but I think that odd-tempo is what made me continue wanting to read more of this story.

I’m not going to divulge any spoilers at all, but what I didn’t care for was the simple fact that I wanted more background on the chrysalis. We’re given just a tiny smidgen of information at the tail end of the book, but I would have liked a little more background. I don’t know how that would have affected the story, but as a reader, I wanted just a little more on this damn thing. How was it getting into Tom’s psyche? How was it capable of delivering these feelings of euphoria to Tom? Maybe all of that is left to the imagination of the reader, but it would have been cool (to me, at least) if we had that background information.

After looking at other reviews, the main reason why so many readers had an issue with this book was the cover and the tagline: DON’T GO IN THE BASEMENT. I think that it seemed to insinuate a monster in the basement or haunted house vibe. Unfortunately, neither of those insinuations are accurate which is deceiving. I don’t think the tagline angered me at all as so many reviewers seemed to cling onto that. It’s a tagline. I agree it didn’t necessarily match up to the synopsis of the book, but I wasn’t butt hurt. It’s unfortunate that so many readers crucified the book over the cover and the tagline. I was able to look past that and really enjoyed THE CHRYSALIS. It’s a book that continued to grip me from beginning to end and truth be told, I really enjoyed it, actually! Tom and Jenny were infuriating at times as I mentioned before, but they both struck a chord in me and in the end, I was rooting for them. I like the underdog. It’s too easy to vote for the star quarterback. I want the water boy to win the whole thing.

In the end, if you get an opportunity to read THE CHRYSALIS, I hope you enjoy it like I did! I enjoyed the author’s writing AND he dedicated the book to “comic books made before 1990 and scary movies on VHS and the smell of old paperback horror novels” and if that isn’t cool to you, then I don’t know what to tell you. I gave the book a solid 4-star review because I recognize the fact that it is not without its flaws. The gripes I had with the book were minimal and did not distract me from the story at all. It’s a book I’d recommend if you just finished something SUPER intense and want to ease into something else. If the book you’ve just finished was perhaps full of blood, gore, guts or emotionally draining, this would be a good next choice. Butterflies, pupa and larva… OH MY!