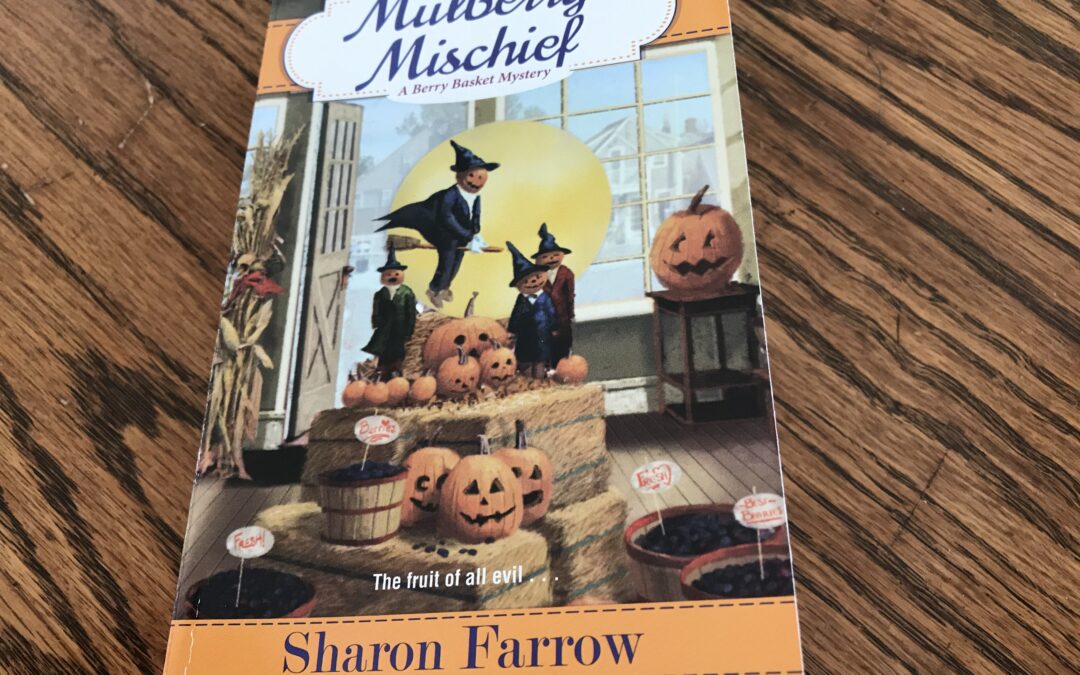 “With the Harvest Health Fair in full swing, Marlee makes sure to stock up on elderberry products for cold and flu season. But this year there’s also a run on mulberry when an eccentric customer wants to use the dried berries to ward off evil forces. True, it’s almost Halloween, but something else seems to be spooking Leticia the Lake Lady, Oriole Point’s oddest resident. She believes someone plans to kill her—and the ghost. Only mulberries can protect them. Marlee doesn’t take her fears seriously until a man named Felix Bonaventure arrives in the village, asking questions about a mysterious woman.
_ _
The next day, Marlee finds Bonaventure dead on Leticia’s property—shot through the heart with an arrow made of mulberry wood. And Leticia has disappeared. Marlee soon learns the Lake Lady has a deadly past that is connected to the famous Sable family who are in town for the health fair. A bunch of clues start to come together—and figuring out what’s going on puts Marlee in a real jam …” – Amazon

I am so happy! I read a cozy where I didn’t know the killer until the end. It doesn’t happen too often any more, so thank you Sharon Farrow, for writing a cozy that kept me guessing.

The way Farrow accomplished this was by having so many horrible people that it could have been any number of them. But she wrote those horrible people so well I kept getting wowed by how diabolical she could make her characters. Besides writing evil characters, Farrow does a wonderful job developing characters that I could be friends with and want to know more about. If I lived in this charming Michigan town, I would be constantly visiting Marlee’s shop and bouncing ideas off of her in ways to incorporate herbs with her berries.

And since Michigan is right next to Wisconsin, so many descriptions of not only the townspeople, but the town itself, reminded me of places I’ve lived and visited and people I know and have known. It was as if Farrow was writing about parts of my life… without the murder, of course.

I also enjoyed all of Farrow’s literary references when it came to people’s names, and her pop culture nods when it came to things like the dogs being named Willow, Buffy, and Xander. It just added another layer to Mulberry Mischief that I found fun, and endeared me even more to the book.

Although this is the first book I’ve read in the Berry Basket Mystery series, I can see myself reading future books, and maybe even starting the series from the beginning, which I don’t often do. If you haven’t read any of this series yet, you may want to start with the first book, Dying for Strawberries.